The Competition Bureau has refused to bless the sale of two French-language specialty channels by Corus Entertainment Inc. to Bell Media Inc., dealing a blow to Corus’s effort to rein in debt by selling off assets.

The $200-million deal, struck last October, was expected to close midsummer, freeing up cash for Corus to shore up its balance sheet by offloading the channels Historia and Séries+.

Like much of the Canadian broadcast media industry, Corus has come under increasing competitive pressure in recent years from video-streaming services, while U.S. internet giants have claimed a rising share of advertising revenues.

But John Pecman, Canada’s Commissioner of Competition, told the company that he would not approve the sale, Corus announced on Monday morning.

“This news comes as a bit of a surprise, as we expected that a changing media landscape would see the regulators approve the deal,” Adam Shine, an analyst at National Bank Financial, said in a note to clients.

The key issue for the regulator was that Bell had previously agreed not to acquire the same channels it now wants to buy from Corus.

In 2013, Bell’s $3.4-billion acquisition of Astral Media Inc. received regulatory approval on the condition that certain assets had to be divested, including Bell’s 50-per-cent stake in Historia and Séries+.

As part of a “remedy package” to address competitiveness concerns with the Astral deal, Bell agreed not to reacquire those channels for a period of 10 years. “The competitive circumstances that led to the consent agreement have not materially changed to the point where the remedy is no longer required,” a Competition Bureau spokesperson said in an e-mail.

Corus acquired the two channels in question in a deal that also included Teletoon, but the company now finds itself under pressure to reduce debt.

Since the acquisition of Shaw Media two years ago, Corus has failed to meet its debt-reduction targets, as traditional broadcasting has lost advertising share to the likes of Google and Facebook.

Well over one-third of all Canadian advertising revenues now go to online media, of which foreign internet platforms claim more than 80 per cent, according to Peter Miller, an independent consultant in the communications industry.

Lost ad revenues, combined with intense competition for viewers from Netlix and other streaming services, have helped drag Corus’s stock down by 75 per cent over five years. With debt levels uncomfortably high for many investors, the company has turned to asset sales to raise cash.

When the Corus-Bell deal was put to regulators in October, management at both companies argued the extraordinary pressures facing Canadian media called for a more lenient approach to industry consolidation.

“Our business is changing dynamically,” Corus president and chief executive Doug Murphy said in making his case for the sale to Bell in October. “Asset moves like this clearly are beneficial to the system. In that regard, we’re of the view that they’ll be favourably reviewed in Ottawa.”

The commissioner was not persuaded by that argument.

The companies involved have not suggested they are prepared to walk away from the deal. A Corus spokesperson said the company is reviewing the decision with Bell and considering next steps. Bell Media already has a portfolio of 10 French-language specialty channels, including VRAK, Investigation, Canal D, Canal Vie, Super Écran and sports channels under the RDS brand.

Bell could try making its case to the Competition Tribunal, but the odds of success don’t seem great, said Chris Hersh, a partner in the Competition, Antitrust & Foreign Investment Group at Cassels Brock & Blackwell LLP in Toronto.

“I think it would be an uphill struggle to get the bureau to change its mind, Bell having agreed not to buy the very channels they are now seeking to buy,” Mr. Hersh said.

In the meantime, Corus is due to report its third-quarter results in about one month, when the company is almost certain to slash its dividend. “Given our expectation of continued soft ad revenues and low visibility, we believe a dividend cut of greater than 50 per cent would be prudent,” Barclays analyst Phillip Huang wrote. Corus shares declined by 3.2 per cent on Monday to close at $6.41. 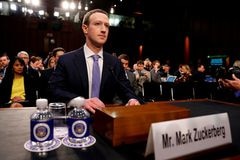 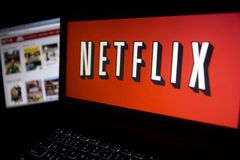 Opinion
Shrinkflation: Why the food packages you buy at the grocery store continue to become smaller
May 23, 2018 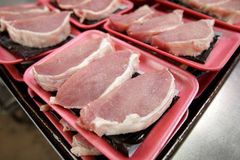