Many Venezuelan shops closed as a precaution as confusion reigned Saturday following measures announced by President Nicolas Maduro, aimed at fighting a historic economic crisis in the oil-exporting nation.

The government will enact a massive currency devaluation and an increase in taxes, and will raise gasoline prices as well. A new version of the bolivar will trade roughly in line with where the black market was, and the government will raise the minimum wage more than 3,000 per cent – a level that still only equates to US$30 a month.

Tying Venezuela’s currency to the value of its cryptocurrency, known as the Petro, effectively amounts to a 95 per cent devaluation compared with last week’s central bank foreign exchange auction results.

“You won’t find the IMF’s claws or ill-gotten prescriptions here,” Mr. Maduro said in a speech Friday on state television, referring to the International Monetary Fund. “No experts were involved who do not feel the clamour of the people.”

Henkel Garcia, director of the Caracas consultancy Econometrica, said the announcements amounted to a head-scratcher. “This series of measures is a mix of incoherent and contradictory ideas,” he said by telephone. “It is a worrying contraption that generates a lot of uncertainty about how it will be executed.”

Separately, Information Minister Jorge Rodriguez said Saturday the government will open 300 currency exchange kiosks in hotels, airports and shopping malls as part of a bid to supersede the country’s black market. Mr. Maduro said Friday that the central bank will increase the frequency of weekly foreign exchange auctions to three and eventually five.

Friday’s devaluation ranks among Venezuela’s most significant. In 1983, president Luis Herrera Campins devalued the bolivar for the first time in 22 years after oil prices crashed on a day known locally as “Black Friday.” In 1989 Venezuela raised gasoline costs, lifted foreign-exchange controls and let the currency plunge, prices soared 21 per cent in one month, leading to the “Caracazo” riots that killed hundreds and paved the way for the leftist President Hugo Chavez’s rise to power.

On Saturday, shoppers arrived at an eastern Caracas supermarket to stock up on goods before prices rise even further, but a security guard shooed them away.

“The supermarket is now closed, the shelves are almost empty because of the number of people who came early today,” the guard, identifying himself only as Luis, said as he tried to manage the crowd. Some gas stations were closed and others had long lines.

Mr. Maduro failed to offer more details on Friday on a gasoline price system, saying that he wants a plan that includes direct subsidies to registered public transport operators and individual vehicle owners. Those not registered won’t receive a subsidy and will have to pay international prices. He extended the period for drivers to register for the subsidy until Aug. 30.

Venezuela would save $10 billion through the new fuel price system, Mr. Maduro said. The government would cover the minimum wage increase at small and medium-size companies for 90 days, he added.

Mr. Maduro also raised the value-added tax on luxury items to 16 per cent from 12 per cent, and said a tax on financial transactions would range from zero to 2 per cent.

The package of measures combine the necessary with the baffling, Luis Vicente Leon, president of the Caracas-based pollster Datanalisis, said in a Twitter post on Friday.

“The government has recognized the need to anchor the economy to an external variable outside of its control, such as the international price of oil. A wise decision, but it does so by hiding it in a vehicle that suffers from lack of confidence and viability, such as the Petro,” Mr. Leon said.

Likewise, he added, the government has vowed fiscal discipline while ordering a massive increase in the minimum wage.

Mr. Maduro’s actions come as unrest grows over the collapse of the economy, including a foiled coup attempt and a drone attack on Mr. Maduro. In May, scores of highly-decorated servicemen and women unsuccessfully conspired to launch a palace coup and put the socialist president on trial. Earlier this month, Mr. Maduro survived a drone attack as explosive-laden devices were detonated during a military parade.

Venezuela is in default for more than US$6 billion of its bonds after the government missed a principal payment on one of its bonds for the first time this week. Although hardly a surprise for investors, the missed payment reinforced the difficult position creditors find themselves in as the overdue payments pile up with no resolution in sight and no easy recourse for getting their money back. 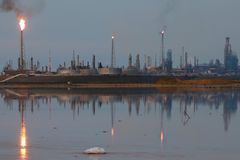 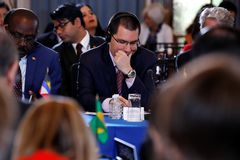