Consumer sentiment is waning in Canada as COVID-19 cases rise and new lockdown measures are put in place, a worrying sign for an economic recovery that depends on robust spending by households.

The Conference Board of Canada’s index of consumer confidence dropped 9.5 points in October to 74.1, the largest monthly decrease since April. The decline was driven largely by concerns over future job prospects, while Canadians were increasingly pessimistic about the outlook for their finances. In recent weeks, confidence indices have also stalled or tumbled in the United States and Europe.

It’s a troubling trend for the Canadian recovery. On several fronts, momentum is fading and new lockdown measures are likely to affect employment and company revenues. If consumer sentiment remains weak or worsens, that could translate into households cutting back on spending or delaying purchases out of an abundance of caution.

“When these new virus cases are running at the level they are now, you see an erosion of consumer confidence," said Royce Mendes, senior economist at CIBC Capital Markets.

"We can talk all day about what programs the government should put in place to support businesses or households, but there’s a lot of money on the sidelines, particularly in households’ bank accounts right now. Those who were able to maintain their employment and incomes, but are spending far less on services at the moment, that can be unleashed into the economy.”

Indeed, there are ample resources sitting idle in bank accounts.

In the second quarter, coinciding with the most stringent of pandemic lockdowns, compensation of employees took a steep drop. However, that was more than offset by historic amounts of financial aid from the federal government. As a result, there was a 10.8-per-cent increase in household disposable income. At the same time, with many companies and services shuttered, consumer spending took a dive, driving the household savings rate to a record 28.2 per cent.

As companies reopened in the summer, a wave of pent-up demand was unleashed. Monthly spending on retail goods has rebounded to record highs, although growth has slowed of late. Moreover, spending on services – including the hard-hit restaurant and travel industries – is nowhere close to fully healed.

“The strong initial response by Canadian consumers seems to have flattened in recent weeks and overall spending remains below prepandemic levels,” Toronto-Dominion Bank economists said Monday in a report, citing transactions by the bank’s clients.

It appears that Canadians are keen to hoard their cash. Fewer than 10 per cent of households plan to spend most of their extra savings in 2021 and 2022, a recent Bank of Canada survey found. Instead, they plan to hang on to most of the savings as a precaution, or save some and pay down debt. The results were largely the same across low-income and high-income households. The response is not unexpected: People tend to ramp up savings in tough times.

“I think it’s a good thing that households aren’t getting leveraged any more than they were already doing, given low interest rates and the housing debt that we’ve taken on the last number of years,” said Pedro Antunes, chief economist at the Conference Board of Canada. Going into the COVID-19 crisis, the average Canadian household owed about $1.75 for every dollar of disposable income, a ratio that improved markedly in the second quarter.

Still, many would like to see consumers spend freely. “We have significant fiscal firepower sitting in the chequing accounts of Canadians,” Royal Bank of Canada chief executive officer Dave McKay recently told The Globe and Mail. He called for a series of temporary changes – including an HST holiday for purchases at Canadian stores – to get funds flowing and help small businesses.

While financial concerns have grown, underemployed Canadians are now covered by the new Canada Recovery Benefit or the bolstered employment insurance program for months to come. At the very least, those programs should keep a floor under incomes through the uncertainty of a second wave and ensure consumption doesn’t fall severely.

“The support measures are still quite generous,” Mr. Antunes said. 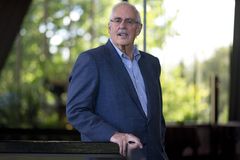 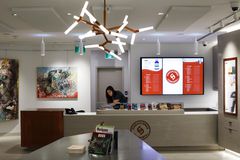 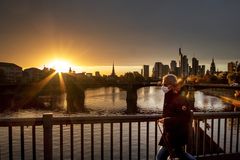