Niall McGeeMining reporter
Published May 10, 2021 Updated May 10, 2021
For Subscribers
Comments
Text Size
Please log in to listen to this story. Also available in French and Mandarin. Log In Create Free Account

The metal with a PhD in economics is on a tear as the economy recovers from the shocks caused by the pandemic.

Often seen as a bellwether for global growth because of its wide-scale industrial applications, “Dr. Copper” on Monday traded at a new record of US$4.90 a pound, after last week obliterating its previous 2011 high of US$4.50.

Used in everything from plumbing, to electricity, to alternative energy, the critical mineral’s price gains are being supported by a brisk snapback in Chinese demand, supply side jitters and accommodative monetary policy, which is motivating companies to ramp up spending and investment.

The current run in the commodity has a distinct sense of déjà vu. During the depths of the 2008 financial crisis, copper plummeted . But thanks largely to aggressive monetary easing by global central banks, its price more than doubled by 2011. That rally not only swept copper to new highs, but a broad basket of industrial commodities. The same script is playing out right now.

Shortly after the pandemic began, copper crashed to US$2.24 a pound, but since then has surged by 110 per cent. “The monetary authorities, whether it’s the Fed, the Bank of Canada, the Bank of Japan, the Bank of England, have all been extraordinarily expansionary,” said Virginia-based commodities specialist Dennis Gartman, former editor and publisher of The Gartman Letter. “Copper, lead, zinc, aluminum, tin, iron ore, steel, are telling you something’s going on in the global economy.” He added: “This is inflationary, and this is more than transitory circumstances. This is secular in nature.”

Bart Melek, head of commodity strategy with TD Securities Inc., wrote in a note to clients that “supply angst” is also a major factor driving copper to new highs. Chile, one of the world’s biggest producers, last week signalled that drastic tax hikes may be coming on producers, raising concerns about a pullback in investment and eventually global production. Mr. Melek also pointed to stricter emissions targets set recently by the Chinese smelting industry, which could also result in lower production.

Over the past few months, some metals specialists have suggested the world is entering another “super cycle,” meaning a prolonged period where sustained demand for commodities will elevate prices for years. A similar reasoning was widely used during the last great commodities bull run of the mid to late 2000s. But that era ended in near-disaster as Chinese demand fizzled and many miners were suddenly stuck with high-priced acquisitions made at the peak of market.

For now, the bull run in copper is benefiting a select number of Canadian companies, including First Quantum Minerals Ltd. , Lundin Mining Corp. and Ivanhoe Mines Corp. , which is building a new mine in the Democratic Republic of Congo.

While the Canadian gold sector in the past few years has rapidly consolidated, mergers and acquisitions in the copper sector have been scarce. Shane Nagle, analyst with National Bank Financial Inc. doesn’t see that picking up much, partly because of the historically high price of the commodity. Many of the large and medium-sized miners have plenty of projects and are unlikely to be acquirers, he says. Meantime, their lofty market values make them expensive for would-be acquirers, he added. To wit, Canadian gold miner Barrick Gold Corp. last year mulled buying Freeport-Mcmoran Inc. , a copper miner based in the United States. But last week, Barrick conceded that the window of opportunity had closed with the Freeport’s shares running up almost four-fold in the past 12 months.

Perhaps the biggest challenge currently faced by the copper industry is a steep decline in new discoveries, particularly in safe jurisdictions. That’s forcing many miners to go after lower grades, and seek out metals deeper underground – both of which drive up costs and eat into profits. “I don’t want to say all the easy copper in the world’s been found,” Mr. Nagle said. “But certainly the readily available high-grade copper mine, is a hard thing to come by in this day and age.” 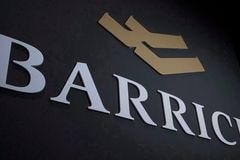 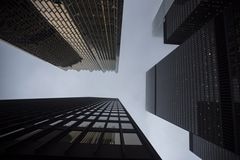 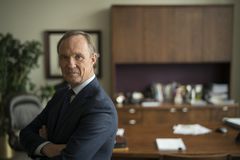