Public tolerance for bad behaviour in corporate Canada is perhaps at an all-time low, exacerbated by a heightened sense of injustice as to how the rich and powerful have weathered the pandemic, say some of the country’s top public-relations experts.

“We’re all going through this collective suffering as a country,” said Andrea Mandel-Campbell, senior vice-president at NATIONAL Public Relations, who specializes in crisis and issues management and whose clients include some of Canada’s largest corporate players. “You layer on the fact that there is a much more intensified focus on corporate character these days, and what you get is zero tolerance for stepping out of line,” she added.

Ms. Mandel-Campbell was commenting on Thursday’s news that Mark Machin, the former chief executive of the Canada Pension Plan’s investment branch, took a trip to the United Arab Emirates and received a COVID-19 vaccination there.

Indeed, in the midst of a frustratingly slow vaccine rollout in Canada, Mr. Machin made the decision not only to travel abroad against recommended government guidelines, but to get vaccinated there. Within 12 hours of media reports about Mr. Machin’s trip, he stepped down from the country’s largest pension fund after five years at its helm. The public reaction to his actions was almost unanimously critical, taking aim at the unfairness of the situation.

The speed at which Mr. Machin tendered his resignation caught even the most seasoned crisis communications experts by surprise.

“I was amazed at how quickly he had to move away,” said Rob Moore, a partner at Crestview Strategy, who has spent decades advising business leaders, politicians and corporate boards embroiled in publicity crises. “The public’s valuation of this kind of behaviour now fervently comes from the lens of inequality – we are angry that someone is getting access to something we don’t have access to,” Mr. Moore said.

The Canada Pension Plan Investment Board (CPPIB) is a Crown corporation, meaning that while it is run separately from the federal government, it is the caretaker of government-mandated pension obligations and manages $476-billion in public money. The corporation’s board of directors are appointed by the federal finance minister.

On Thursday night, Katherine Cuplinkas, press secretary to Finance Minister Chrystia Freeland, said the ministry was unaware of Mr. Machin’s travel plans, calling the situation “very troubling.” The Finance department echoed that sentiment on Friday morning, noting its support for the “swift action taken by the board of directors.”

The fact that CPPIB is a Crown corporation likely played a crucial role in tipping the scales against Mr. Machin’s actions, Mr. Moore said.

“There seems to be a secondary requirement, in situations like this, of whether the person in some way is connected to the public sector. That seems to be the trip line – if you, in any way, serve at the pleasure of an elected official, you have to wait in line for your vaccine, no questions asked,” he said.

But the pandemic has exposed deep fractures in society, exacerbating existing socio-economic inequalities and highlighting the gaps in access middle- and lower-income groups have to basic needs, such as the space to stay at home, job security and adequate schooling.

Jane Shapiro, senior vice-president at Hill + Knowlton Strategies, who serves as the firm’s lead adviser to corporate Canada, said Mr. Machin’s decision to leave the country and seek a vaccination abroad was a problem because he was the head of an organization and therefore instrumental in setting an example for his employees.

“When you have a CEO of any organization who is not manifesting the corporate values they speak of, it undermines trust and credibility,” Ms. Shapiro said, adding that most boards and senior executives would probably agree that travelling against government guidelines was not consistent with the values of the companies they run.

The Globe and Mail contacted the six largest banks and various other Crown corporations to ask if any of their senior executives had travelled outside of Canada to receive vaccinations.

None of the bank CEOs had done so.

Caisse de dépôt et placement du Québec said nobody on their executive committee has yet been vaccinated. All staffers will follow directions from their local health authorities, Caisse spokesman Maxime Chagnon wrote in an e-mailed response.

James Geuzebroek, spokesperson for the Healthcare of Ontario Pension Plan (HOOPP), said that in accordance with government guidance, “no HOOPP senior executives are travelling outside of Canada and none have received vaccinations abroad.” The Ontario Teachers’ Pension Plan said that non-essential business travel is currently restricted for all of their employees, while the Alberta Investment Management Corporation (AIMCo) confirmed that they had “no knowledge of any employee, executive or otherwise, travelling abroad for the purpose of vaccination.”

“The corporate world is shifting,” said Mr. Moore of Crestview Strategy. “If you are a bank CEO, you now can’t say, ‘Nothing matters but my ability to deliver more returns for my shareholders.’ It just doesn’t work like that any longer.”

With files from James Bradshaw and Nicolas Van Praet 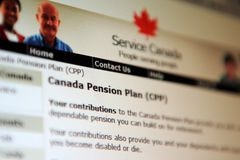 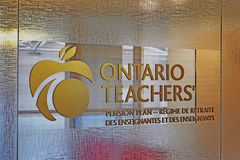 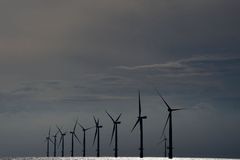