Facing intensifying pressure in its television business, Corus Entertainment Inc. is taking measures to save money, starting with a huge dividend cut that sent the company’s stock plummeting on Wednesday.

Corus slashed its dividend by nearly 80 per cent while also announcing a quarterly loss of $936-million, which together dragged the company’s share price down by 18 per cent on the day to a record low.

Analysts were expecting a cut to the dividend, which was considered unsustainable as Corus grapples with high debt, the loss of television advertising revenue and fierce competition for audiences from the likes of Netflix.

But the cut went even further than anticipated on Bay Street. Corus also took a $1-billion impairment charge, partly because of TV broadcast licences that are worth less than before. Television ad revenues fell 5 per cent in the fiscal third quarter.

“Our industry is in flux, and we need to adapt and respond,” Corus chief executive Doug Murphy said in a conference call on Wednesday morning.

“We’ve adopted a long-term plan we believe will preserve our ability to compete,” he said, adding that the priorities will be paying down debt, improving the core business and finding new sources of revenue.

The latest drop in Corus’s share price diminishes the value of the stake in the company held by Shaw Communications Inc. The Calgary-based cable and wireless firm is seeking a buyer for its 38-per-cent position, The Globe recently reported.

With both advertisers and viewers migrating from conventional television to digital alternatives, Corus faces a challenging environment in which to turn things around.

“The key is whether management can execute to achieve more stable results, which nobody expects in the short term and won’t be easy longer term,” National Bank Financial analyst Adam Shine said in a note to clients.

Corus owns a portfolio of 44 specialty television channels, including the Food Network and HGTV, and 15 conventional stations, including Global Television, on top of 39 radio stations.

The key challenge for Corus and other traditional broadcasters is the decline in TV ad spending in Canada – a trend that shows no sign of reversing.

Internet advertising now accounts for more than a third of all Canadian ad revenue, with Facebook and Google together claiming around 70 per cent of that spend, according to a recent report for the Friends of Canadian Broadcasting.

For Corus, TV ads contribute about 60 per cent of overall revenue. And in the company’s fiscal third quarter, ad revenue in the television segment declined by about 5 per cent, while Mr. Murphy said the company has “low visibility” toward the ad market in the months ahead.

“In the next year or two – we don’t expect to turn the corner that quickly,” Mr. Murphy said, indicating it will take some time to see whether the company can replace lost advertising with new revenue streams.

By dramatically reducing the amount of cash distributed to Corus shareholders, the company said it can divert about $150-million a year to the debt-reduction effort.

Reducing debt will allow for flexibility to invest in other priorities, such as emerging advertising technology and data analytics to more effectively tailor advertising to specific audience segments, Mr. Murphy said.

“We’re using data to change the way we sell television,” he said. “We now can build clear profiles of viewers as discrete, defined audience segments, such as ‘SUVers,’ ‘fashionistas,’ ‘empty nesters,’ ‘deep pockets’ and many more.”

“We believe this is critical for the medium to long-term outlook for Corus’ TV advertising,” Mr. Galappatthige said.

In the short term, however, the TV ad market is likely to remain soft.

To help withstand the immediate strains, Corus said it is committed to reducing its cost base every year.

But Corus did say on Wednesday’s call that it is hoping to soon be the beneficiary of relief for the industry on the regulatory front.

A federal panel is currently contemplating changes to the legal framework governing Canada’s broadcasting and telecommunications industries, which followed recommendations from the Canadian Radio-television and Telecommunications Commission that foreign internet platforms and streaming services be made to fund the production of cultural content.

Despite its troubles, Corus is not a lost cause – it’s a buying opportunity Subscriber content
June 28, 2018 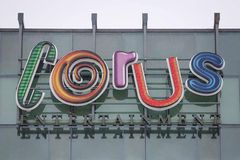 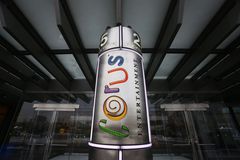