Corus Entertainment Inc. shares jumped nearly 20 per cent on Thursday as the radio and broadcast network beat profit expectations, but analysts warned investors to be cautious amid an unclear future for ad revenue.

The company said a 3-per-cent year-over-year dip in television advertising revenue in the most recent quarter was particularly driven by the Olympic Winter Games, which were broadcast by CBC. Subscriber and other revenue sources helped to offset those declines, but on a conference call with analysts, chief executive officer Doug Murphy and chief financial officer John Gossling referenced the “limited visibility” of future ad revenue.

The network, whose properties include YTV, HGTV Canada and Global Television, is trying to offset this uncertainty by offering more focused ad buys targeting demographics such as foodies and empty-nesters. “That is really resonating with our advertisers, and we’re seeing steady growth,” Mr. Murphy said.

Corus announced a profit attributable to shareholders last quarter of $40-million, or 19 cents a share, versus $24.9-million or 12 cents a share for the same quarter last year. Analysts’ consensus expectation was 11 cents a share.

After a dismal first-quarter 2018, investors rallied behind the second-quarter results, sending Corus’s share price up 19 per cent to $7.13 by market close.

Television ad revenue for the latest quarter, which ended in February, did not fall as far as the first, which had a 4-per-cent year-over-year decline. That helped send Corus shares down nearly 50 per cent year-to-date before the rally on Thursday, as advertising declines led to questions about the future of traditional television.

“The results were much more stable than the market feared based on the steep downswing in the stock price in the run-up to the quarter,” Canaccord Genuity analyst Aravinda Galappatthige wrote in a research note, later cautioning that the outlook for Corus’s next two quarters was modest.

Corus maintained its annual dividend at $1.14 a share, and executives told analysts that they intended to continue paying a dividend through Corus’s next fiscal year. The company, however, also suggested it would announce a new capital allocation policy with its third-quarter earnings that could allow it to reduce the dividend to pay down debt more quickly.

Subscription revenue rose 1 per cent this past quarter, while merchandising, distribution and other revenue shot up by 28 per cent. Mr. McReynolds cautioned that this segment’s revenues can be “lumpy” quarter-to-quarter.

Corus executives said the company expected merchandising revenues would be lower in the second half of its fiscal year based on the release schedule for its Nelvana children’s shows. But Mr. Murphy did praise “nice growth” in the division thanks to high margins from licensing and merchandising partnerships, such as with Entertainment One’s Peppa Pig franchise.

“We’re leveraging the scale of our company in Canada, our ability to schedule strategically with content, and our relationships with retail to both set the table with our brands, but also work with partner brands, and we’re seeing nice growth in that business,” Mr. Murphy said.

Corus had a strong quarter in radio, with 2.9-per-cent revenue growth, which Mr. Murphy said was thanks in part to “the scale benefits of local.” Sales teams, he said, were having a “great time” selling television and radio advertising together in large markets.

He also highlighted “revenue synergies” the company achieved by bringing together Global TV and radio programming in various markets. The reshaping of Global News has changed the local news landscape in Canada. In mid-February, Corus cut nearly 80 jobs from its Global News division, largely in television production, saying it would open 50 new positions to focus on online news. Executives did not discuss the cuts on the analyst call. 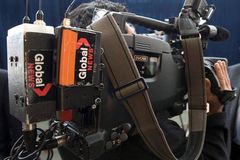 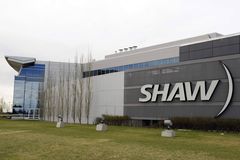