Convenience store giant Alimentation Couche-Tard Inc. said it will issue more shares to current investors in a surprise stock split as it reported a mixed quarterly earnings picture that showed sales and profit growth in its key U.S. market but weaker results in Europe.

Laval, Que.-based Couche-Tard, which has ballooned to become Canada’s biggest company by revenue, reported a net profit of US$538.8-million or $0.95 per diluted share on revenue of US$14.1-billion for the 12 weeks ended July 21. Adjusted earnings, which exclude a foreign-exchange loss and small income-tax expense, were $0.97 a share, just shy of the average analyst estimate of $0.98.

The company announced a two-for-one split for both of its share classes effective later this month. The stock has seen a sharp run-up in price over the past year, closing at $82.34 in Toronto trading Wednesday.

“While fuel volume was healthy and fuel margins remained strong in the U.S., we continue to feel pressure in our European business from a competitive backdrop and unfavourable weather conditions,” chief executive officer Brian Hannasch said in a statement on Wednesday after markets closed.

In five years as CEO, Mr. Hannasch has steered Couche-Tard to new highs on profit and sales while digesting takeovers, building on an ambitious but disciplined growth path set by founder and executive chairman Alain Bouchard. After posting net earnings of US$1.83-billion on revenue of US$59-billion for fiscal 2019, he’s aiming to double financial results by 2023 through a mix of natural growth and acquisitions.

“There is not a silver bullet out there, but really a myriad of tactics that are needed” to drive sales, Mr. Hannasch told analysts in July. Key initiatives for Couche-Tard in the months ahead include adding more fresh food and bringing 4,000 new coffee machines to stores in North America that grind beans for each cup sold. It will also deploy easier ways for clients to pay and boost customer loyalty with digital promotions.

While it has expanded in part by buying other chains as an industry consolidator, Couche-Tard hasn’t made a large purchase in two years since taking over Texas-based CST Brands Inc. in a US$3.78-billion transaction. The company’s strong cash flows have allowed it to pay down debt faster than planned and it had US$700-million in cash on hand and US$2.5-billion in available credit at the end of fiscal 2019.

That sets it up to make another needle-moving deal. But valuations for takeover targets remain elevated as the pool of potential buyers increases, analysts say.

“The acquisition environment is currently very competitive,” driven in part by the push of EG Group of Britain, Desjardins Capital Markets analyst Keith Howlett said in a recent note. In recent months, EG has bought Kroger Corp.’s 762-site network and 225 Minit Mart stores from TravelCenters of America, and announced a deal in late July to buy the 560-store Cumberland Farms retail chain.

One big unknown at Couche-Tard is what will happen to the special stock rights Mr. Bouchard and the company’s three other founders enjoy, which are set to expire in 2021. Those rights give the four men a separate class of 10-for-one multiple voting shares that allow them to control the company despite owning less than a quarter of the equity.

In 2016, the founders proposed extending them, but withdrew the proposal after concluding it did not have the two-thirds support from Class B subordinate shareholders to pass. Behind the scenes, some investors expressed uneasiness about the founders’ children inheriting control of Couche-Tard.

Mr. Bouchard took the rejection personally at the time, expressing shock that investors rejected the idea given the stellar returns on investment generated by the founders. He seems to be taking a more philosophical view these days, telling Montreal’s La Presse newspaper in an interview published this week that he is not worried about the stock rights expiring.

“The best tool we have to protect ourselves from a takeover is our size,” he said. “With a stock market value of $48-billion and the profitability that we generate, we’ve become too big a mouthful to swallow.”

Couche-Tard operates about 16,000 stores and fuel stations in three main markets – North America, Europe and 15 other countries and territories – principally under the banner Circle K. It employs roughly 133,000 people. 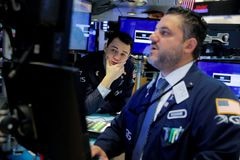