Canadian convenience-store giant Alimentation Couche-Tard Inc. is suspending its effort to take over fuel retailer Caltex Australia Ltd., conserving capital that could be used for other takeover opportunities during the oil crisis and the coronavirus pandemic.

Laval, Que.-based Couche-Tard said late on Sunday night that it remains interested in striking a deal for Caltex, but will not move forward with its US$5.6-billion offer at this time after completing its due diligence on the business and securing the necessary financing. Couche-Tard said it needs more clarity on Caltex’s prospects.

“The current situation in the world is highly uncertain,” Couche-Tard said in a statement. “The COVID-19 crisis is first and foremost a human tragedy that has impacted millions of people and has also been meaningfully disruptive to economies and businesses around the world, including the Australian fuel and convenience retail industries.”

The decision puts the brakes on the biggest takeover attempt to date by Couche-Tard chairman Alain Bouchard, who has built the company into one of the world’s top corner-store consolidators. It also raises the possibility that Mr. Bouchard and chief executive officer Brian Hannasch could turn their attention to other potential deals, analysts said.

One possibility is for Couche-Tard to snap up gas stations owned by major integrated oil producers, which are under unparalleled financial pressure because of record low oil prices, said Brian Madden, senior vice-president of Toronto-based Goodreid Investment Counsel Corp., which holds Couche-Tard shares among $350-million in assets under management. He gave as an example Suncor Energy Inc., which might welcome the chance to bolster its cash position by selling its 1,500 Petro-Canada branded fuel stations, although he said Suncor is relatively strong financially.

Suncor could not be reached for comment on Monday.

Couche-Tard could also speed up efforts to buy smaller independent convenience store operators. Such takeovers won’t individually make a huge difference but they add up, and individual stores in small deals typically cost less per unit than those that are part of larger transactions, Mr. Madden said.

“I think the likelihood of the company acquiring more small independents than they have historically is very high and rising," Mr. Madden said. "The vast majority of the U.S. convenience store industry is fragmented and owned by mom and pop operators, many of whom are not well capitalized and lack access to credit. They may be ready sellers.”

Couche-Tard said its analysis of Caltex’s operations and finances confirms that it is a “strong strategic fit.” The Canadian company said it plans to re-engage with Caltex “once there is sufficient clarity as to the global outlook.”

In a separate statement, Caltex chairman Steven Gregg said: “We remain confident in the strength of Caltex as an independent business, and should we receive an approach in the future would be willing to consider it on its merits.”

Backing away from Caltex is the right decision and reaffirms the company’s disciplined approach to acquisitions, Desjardins analyst Chris Li said in a note. “In the meantime, we believe Couche-Tard’s strong financial position should enable it to capitalize on other [mergers and acquisitions] opportunities.”

Couche-Tard, which operates 16,000 stores worldwide, mostly under the Circle K banner, has about US$7-billion in balance sheet capacity available, according to RBC Dominion Securities. Had it pushed ahead with its attempt to buy Caltex, Couche-Tard probably would have revised its offer lower because market conditions have worsened, Mr. Li has said.

Mr. Bouchard has been scanning the Asia-Pacific region in recent years for an acquisition that would give Couche-Tard a toehold for a third leg of growth after North America and Europe, making an initial non-binding offer for Caltex last November. After receiving access to some of Caltex’s confidential information, Couche-Tard presented what it called its “best and final” offer, worth 35.25 Australian dollars cash a share or 8.8 billion Australian dollars (US$5.6-billion), in February.

Caltex has businesses across Australia and New Zealand, including the Lytton crude oil refinery in Brisbane, fuel import terminals, 94 storage and distribution hubs, and about 300 kilometres of pipelines, according to its most recent annual report. It also controls 800 corporate convenience stores.

The collapse in oil prices has hurt Caltex, whose shares were trading about 33 per cent lower than Couche-Tard’s last offer even before Sunday’s announcement. The Australian company, a major supplier of jet fuel, is also being hammered by falling demand caused by travel restrictions.

Couche-Tard enjoys a strong financial position with $1.8-billion in cash and $2.5-billion in available credit, but it has not escaped the turmoil. Although many consumers rely on its Circle K stores for emergency items and staples such as gas and cigarettes, the company predicted in its March 18 earnings call that sales would slow as people travel less.

A Couche-Tard crisis team has been monitoring and planning steps since the novel coronavirus emerged in China. The pandemic hit its European store network a few weeks before North America, allowing the company to share operating, health and safety practices.

The highest yielding stocks on the TSX, plus risk data
Subscriber content
April 20, 2020 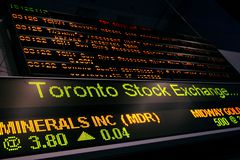 Market movers: Stocks that saw action on Monday - and why
Subscriber content
April 20, 2020 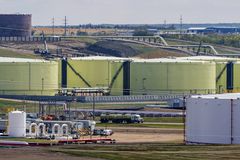 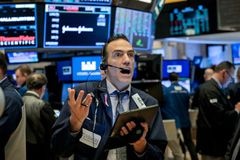 Coronavirus information
The Zero Canada Project provides resources to help you manage your health, your finances and your family life as Canada reopens.
Visit the hub
Follow Nicolas Van Praet on Twitter @NickVanPraet
Report an error Editorial code of conduct