Business schools across Canada are taking notice of the budding cannabis industry, rushing out courses to train some of the managers and other workers who will fill the 150,000 jobs expected to be created over the next several years.

Ryerson University’s Chang School of Continuing Education, in collaboration with the Ted Rogers School of Management, has launched The Business of Cannabis course.

Brad Poulos, the academic co-ordinator of entrepreneurship and strategy at Ryerson in Toronto, was the brainchild of the non-credit course. His proposal was approved in about three months, and the first offering of the course this fall was full three weeks after it was announced.

The first cohort of about 50 is in class now and the school has had to open a second section for the course’s next semester, beginning in January, as the first section is already full.

“There is a massive influx of people into [cannabis industry] jobs," Mr. Poulos says. "With any other consumer good, there is already a huge pool of people to pull from, but that’s not the case here. What we’re trying to do is fast-track.”

Mr. Poulos says the school isn’t training students to be plant trimmers or “budtenders” (someone who works at a dispensary), but rather will help students who are keen to start their own business or enter the cannabis industry in a marketing, logistics, sales or finance role.

With 132 licensed cannabis producers in Canada, there’s likely to be no shortage of opportunities.

“We wrap it in an envelope of entrepreneurship,” he says of the 39-hour course, which appropriately is coded 420 and costs students about $900. “It gives [the students] a leg up on the rest of the labour market.”

Nine other Canadian business schools contacted said they had no plans to create a course or degree in cannabis. However, most acknowledged the business of cannabis could surface while teaching existing course material, or via case studies worked on by students.

Michael Verbora, a physician, chief medical officer at Toronto-based Aleafia Total Health, and an assistant clinical professor at McMaster University in Hamilton, believes we’re just at the beginning of a trend toward business education for cannabis.

“I anticipate this is going to keep on growing,” he says.

An estimated five million Canadians used cannabis last year, collectively spending about $5.7-billion, Statistics Canada reported early this year. With recreational cannabis becoming legal as of last month, adding to medicinal applications, the industry is expected to boom and will be hard to ignore.

“There’s a lot of excitement and this is a new industry," Dr. Verbora says. "People want to get in on the ground floor because a lot of people are excited about cannabis and its potential. It’s drawing a lot of motivated, eager and interested people in the space.”

At least eight colleges across Canada are now offering classes on cannabis in a variety of segments of the industry.

Niagara College is offering the first academic program approved by a provincial ministerial body. The Commercial Cannabis Production graduation certificate is an eight-month program, and 300 people applied to be in the first cohort. Just 24 were accepted.

Alan Unwin, the associate dean of environment and horticulture at the Niagara-on-the-Lake, Ont., college, says the number of applicants didn’t surprise him, given the “substantial career opportunities,” he says.

The program is mostly focused on the production side of cannabis, but students also learn business fundamentals – “If you’re producing a plant to sell at $8 per gram, it better not cost you $9 per gram,” Mr. Unwin says – and get prepared for a breadth of jobs.

Durham College in Oshawa, Ont., meanwhile, launched a course on cannabis in November, 2017, and has since adjusted its offering to include six courses, including one on cannabis business operations.

Debbie Johnston, the dean of Durham’s school of continuing education, says the process to get the courses available for students was faster than any other she’s seen.

“The industry is finding it challenging to find qualified people to fill jobs,” she says. “There is a huge number of jobs posted right now but the quality of applications tends to be weak. They are looking for people who have a combination of experience and education and we’re providing that education.”

And it’s not just in business or production where educational offerings on cannabis are growing.

McGill University in Montreal is working toward offering a cannabis cultivation diploma through its faculty of agriculture – expected next fall – and the University of Ottawa’s law school will offer a two-week intensive course on cannabis starting next year.

Paul Seaborn, who has an MBA from Ivey Business School at the University of Western Ontario in London, Ont., is a professor at the Daniels College of Business at the University of Denver. Colorado is one of eight U.S. states where both recreational and medical marijuana are legal, and Dr. Seaborn began teaching a class called The Business of Marijuana in 2017.

The course was the first of its kind to be taught at an accredited business school in the United States. It’s capped at 25 students and has been full each time it’s been offered. There is a wait-list, he says, for the winter semester.

“I think there is a lot of interest everywhere,” he says. “It’s such a unique product and such a unique industry that there is a big learning curve. That’s one of the goals of the course: to get students to have a head start and put that knowledge to use in some way.”

He confirms there is a shortage of quality applicants for the booming job market, and says the experience garnered from a course such as his or Ryerson’s at the university level – Dr. Seaborn consulted with Mr. Poulous on his course – will be in demand.

Although the Denver course is already a year old, Dr. Seaborn believes Canada is actually ahead of the United States in terms of educating its potential work force, noting that federal statutes against cannabis mean degree programs or certificate programs could be risky.

“We’re in a holding pattern in the U.S. and it seems like having a national approach in Canada will alleviate a lot of those issues,” he says. “Lots of eyes are looking north with a little envy of what Canada has been up to.” 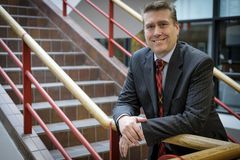 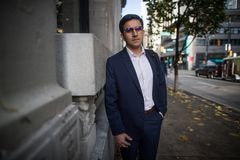 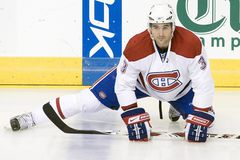 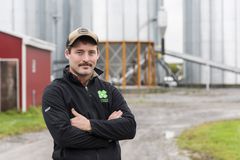