Senior members of Canada’s mining community are asking authorities to divulge more information about the movements of an attendee of last week’s giant mining conference in Toronto who has since tested positive for the novel coronavirus.

Sudbury health officials confirmed late Tuesday that a man in his 50s who attended the Prospectors and Developers Association of Canada (PDAC) conference on March 1 and March 2 has contracted COVID-19.

On Wednesday, Ontario Energy Minister Greg Rickford said the man is an employee of the Ministry of Energy, Northern Development and Mines and that the Sudbury office where he worked with about 160 people has been closed to help prevent further spread of the virus.

Sudbury health officials are advising anyone who attended the PDAC conference to monitor themselves for symptoms of the illness, which include fever and cough, for the next two weeks.

The World Health Organization declared the COVID-19 outbreak a pandemic on Wednesday. So far, the deadly respiratory disease has infected 120,000 people around the world and killed more than 4,200.

Canadian senior gold miner Kinross Gold Corp. said Wednesday that one of its employees has tested positive for COVID-19. The news prompted the evacuation of the company’s headquarters in Toronto’s financial district as a precautionary measure. Kinross’s head office will remain closed until March 20 as it undergoes a thorough cleaning. Kinross spokesperson Louie Diaz said the employee did not attend the PDAC conference.

Marie Inkster, chief executive of Toronto-based copper producer Lundin Mining Inc., was at the conference last week, as were a number of Lundin employees. She said health officials need to disclose more details about the man who tested positive for COVID-19 and what sessions he might have attended.

“I understand that you have to balance the privacy of the individual with health concerns, but I think there’s information that they can give to people without identifying the person,” she said.

“It would be helpful to people in assessing their risk. And if you can have better information to help with that risk assessment, then we’re all better off.“

Clive Johnson, CEO of Vancouver-based gold miner B2Gold Corp., did not attend the conference because of a cold, but about 35 of his employees were there.

“More information is always better in a situation like this, so people can figure out if they were in contact with him,” Mr. Johnson said.

At the conference, the smell of disinfectant was heavy, with notices posted widely about the need to take precautions against the spread of the virus. Many attendees bumped elbows instead of shaking hands. Still, the event progressed as planned.

In a statement on Wednesday, PDAC said it is working with both Toronto Public Health and Public Health Sudbury and Districts to help with their investigations into activities of the government employee who tested positive for the virus while he was in Toronto.

“Since last night we have been working with public health officials to provide detailed information so that they can follow up directly with individuals and their close contacts," PDAC said.

PDAC president Felix Lee declined to comment for this story.

PDAC is the world’s biggest mining conference. It attracts delegates from about 130 countries around the world. This year, the conference boasted keynote presentations from industry luminaries such as Robert Friedland, the founder of Ivanhoe Mines Ltd., and Barrick Gold Corp. CEO Mark Bristow. Prime Minister Justin Trudeau, Minister of Natural Resources Seamus O’Regan, Ontario Premier Doug Ford and Mr. Rickford all attended the event. An all-access pass for the event cost $830. PDAC generates about $70-million for the local economy every year, including hotels, restaurants and entertainment.

When asked whether PDAC should have been cancelled this year, in light of the growing threat of coronavirus, Lundin’s Ms. Inkster said while its easy to be an "armchair quarterback,” she said it isn’t fair to be critical of the organizers for plowing ahead.

“They probably used the best information they had at the time,” she said. 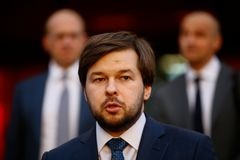 Events weigh ‘difficult’ decision whether to continue amid coronavirus
March 11, 2020 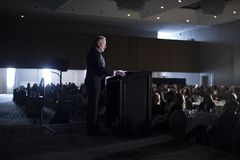 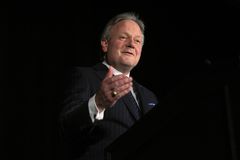