Remote work, cheap money and the desire for larger properties have pushed sales to record highs in semi-rural areas and smaller cities across Canada.

Before the pandemic, sales had been increasing in Ontario’s Niagara region and areas well outside of the country’s most expensive markets of Toronto and Vancouver. After the COVID-19 health crisis started, that trend accelerated with a large chunk of the labour force working from home and travel severely restricted.

Thirty regions in Canada hit record sales from January through November, with most in smaller markets in Ontario, Quebec, Manitoba, New Brunswick and Nova Scotia, according to new data from the Canadian Real Estate Association, or CREA. Ottawa and Montreal, two large cities that were booming before the pandemic, also had record sales over the same time period.

“The dominant force is the sudden acceptance, and necessity, of remote working,” said Douglas Porter, chief economist with Bank of Montreal.

The ability to work from home, along with record low mortgage rates and increasing wealth among already wealthy homeowners, has fuelled sales of detached houses and low-rise properties. Mr. Porter, other economists and realtors also point to the limited travel options as a reason for higher home sales in vacation locations.

“Ability to work remotely has made the economics of cottage property make more sense. For example, it’s no longer just a Friday night to Sunday afternoon proposition,” said Robert Kavcic, senior economist with BMO. “With travel shut down, a lot of people are repurposing those dollars into local recreation properties.”

Other areas that had record sales from January through November include Timmins, Sault Ste. Marie and Renfrew in Ontario; Sherbrooke, Gatineau and Trois-Rivières in Quebec; Cape Breton and South Shore in Nova Scotia; and northern New Brunswick, according to CREA.

“It reflects the desire to be away from core cities, and the remote working capability makes this desire a reality,” said Benjamin Tal, deputy chief economist with CIBC. “This is a trend that started before the crisis and was accelerated dramatically during the crisis.”

Quebec and the Maritimes have been setting records in recent years. Ontario and British Columbia had lower sales than in 2016, a year when home prices in Toronto and Vancouver were skyrocketing. Both cities slowed in the ensuing years because of new policies to thwart housing speculators and ensure that homebuyers could afford their loans.

Competition was starting to heat up in late 2019. But after the pandemic started, condo sales slowed in Toronto. Condos in the city of Toronto are the only property type to experience a decline in prices this year.

In contrast, many parts of Ontario have seen prices increase by double digits. The home price index, which corrects for expensive purchases, is up nearly 30 per cent in the 12 months to November in Kawartha Lakes, Quinte and Woodstock-Ingersoll, according to CREA. The association said this huge price increase reflects the shortage of properties for sale. The home price index is up by 20 per cent in Niagara, Grey Bruce Owen Sound and North Bay.

CIBC’s Mr. Tal expects the trend to slow after the pandemic and said rapidly increasing prices will shut buyers out of the cheaper areas. 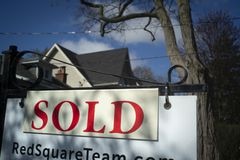 Opinion
The future of the post-pandemic labour market
December 30, 2020 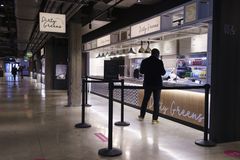