The Canada Pension Plan Investment Board is acquiring Canada’s biggest producer of wind power for US$2.63-billion, in a major bet on the continued growth of low-carbon electricity.

The deal for San Francisco-based Pattern Energy Group Inc. is worth US$6.1-billion, including debt. CPPIB intends to team up with a U.S. investment firm to combine Pattern with a second, privately held energy partnership that is run by Pattern’s executives.

CPPIB, the $400-billion pension fund that invests to pay the benefits owed to working Canadians in the Canada Pension Plan, created a standalone group to hold power and renewables assets in 2017. It has invested more than $2.1-billion in renewable energy projects since, but the fund believes a lack of interest by investors in certain publicly traded energy stocks has created opportunity for large institutions.

Pattern Energy, which is listed on both the Nasdaq and the Toronto Stock Exchange, is an example. Its shares peaked on the Nasdaq at US$34.51 in June, 2014, not long after their public debut, but haven’t traded above US$30 since early 2015. That performance stands in contrast to some other companies in the sector, including Brookfield Renewable Partners LP, a Toronto-based renewable-energy investment partnership which has doubled in price over the same period.

CPPIB’s offer of US$26.75 a share is a 15-per-cent premium to the price the stock was trading at in August, before the company acknowledged it was talking to suitors. But it’s below Friday’s close of US$27.80 a share.

Bruce Hogg, a CPPIB managing director who heads its Power and Renewables group, said: “We view it as one of the best management teams in the renewables business, with a significant asset base in primarily North America, but also Japan, and an ability to develop further projects in those markets."

In August, Bloomberg News reported the companies interested in Pattern Energy included Brookfield Asset Management Inc., which could have merged Pattern Energy with TerraForm Power Inc., a renewables company it has a majority interest in. Brookfield spokeswoman Claire Holland declined to comment on the transaction Monday.

Analysts at RBC Dominion Securities said Monday that their target price of US$28 was based on a buyer of Pattern Energy achieving cost savings and said “we would not rule out a higher competing bid.”

“I can’t comment on what others do,” Mr. Hogg said of CPPIB. “We think what we’re offering delivers fair value for shareholders and delivers certainty of proceeds, so we think it’s an attractive offer.”

Jeremy Rosenfield of Industrial Alliance Securities wrote that he believes CPPIB is “unlikely to be topped," as its offer is already higher, on a multiple of profits, than the average of five recent transactions for wind assets. “The offer would also provide immediate liquidity and value certainty for [Pattern Energy] shareholders, with minimal expected regulatory risk, and minimal expected regulatory lag.”

The deal continues a series of renewable-energy investments by CPPIB. In May, 2018, CPPIB acquired 49 per cent of Enbridge Inc.'s interest in 14 Canadian, two U.S. and two German renewable power assets and two German offshore wind projects for $1.75-billion.

In June, 2018, CPPIB completed the purchase of four wind and two solar generation projects in Ontario from NextEra Energy Partners LP for US$582.3-million plus the assumption of US$689-million in debt and renamed the company Cordelio Power. 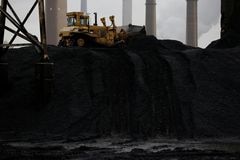 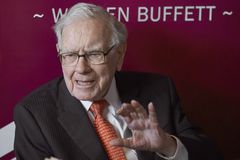