Crescent Point Energy Corp. is selling $912-million in assets, a major step toward cutting its debt as it shifts its focus to core oil properties in Saskatchewan.

The Calgary-based company said on Tuesday that it reached private deals to sell all of its Uinta Basin oil assets in Utah for $700-million and some conventional oil properties in Saskatchewan for $212-million.

Crescent Point said its net debt is projected to be $2.75-billion by the end of this year, compared with $4.4-billion last year, when the company embarked on a turnaround strategy under new chief executive officer Craig Bryksa.

After shedding these non-core properties, the producer is banking on the productivity of its core assets, notably unconventional oil plays in Saskatchewan at Flat Lake, Viewfield and Shaunavon. Those assets require technical expertise in specialized drilling and secondary recovery methods to coax light oil out of the ground.

The turnaround strategy includes sales of assets that no longer fit the company’s long-term vision, rather than simply selling off under-performing properties.

“We will remain disciplined in our disposition process to ensure we create value for our shareholders,” Mr. Bryksa said during a conference call with industry analysts. After long-time CEO Scott Saxberg left in May, 2018, Mr. Bryksa filled in on an interim basis for more than three months before being appointed CEO a year ago.

“Our 2019 capital program remains disciplined, with a significant portion of our spending dedicated to our key focus areas in Viewfield, Shaunavon and Flat Lake,” Mr. Bryksa said, adding that those oil plays are low-risk and generate strong cash flow.

But the past five years have been rough on Canadian producers, including Crescent Point, whose stock price has plunged amid low oil prices.

Crescent Point shares traded above $47 each in mid-2014, but steadily slid as oil markets began collapsing in the fall of that year. The producer’s stock price gained 27 cents, or 6 per cent, to close at $4.47 on Tuesday on the Toronto Stock Exchange.

“Today’s announcement is the latest example of the significant changes our team has implemented within a short period of time that supports our strategy to focus our asset base and improve our overall efficiencies,” Mr. Bryksa said. “I think we made significant strides in getting the balance sheet where we want it to be.”

In the spring of 2018, activist investor Cation Capital Inc. criticized Crescent Point’s performance, and sought to nominate four directors to the company’s board in an attempt to foster change. The producer rejected those nominees, and appointed two new directors of its own choosing.

On Tuesday, Crescent Point said the divested assets will go to multiple buyers, and the deals will close within two months. The Utah assets produce 20,000 barrels of oil equivalent a day, while the Saskatchewan conventional properties have daily output of 7,000 barrels.

“In addition to being accretive to the company’s current valuation, the transaction noticeably improves the strength of the company’s balance sheet,” Mr. Cox said in a research note. “This should all resonate with investors in today’s environment, with the potential for additional asset sales.”

Under new management, Crescent Point’s asset sales have surpassed $1.3-billion, including $975-million this year. Crescent Point expects its capital spending of $1.2-billion to $1.3-billion will be unchanged this year. It also plans to buy back some of its shares from investors.

The company added that its “current share price continues to trade at a significant discount compared to the fundamental underlying value of its common shares.” 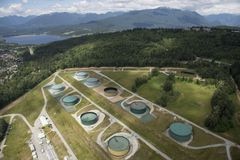 ‘The Alberta economy needs to be a ballot question for you’: Conservative MP Michelle Rempel’s message to Canada
August 31, 2019 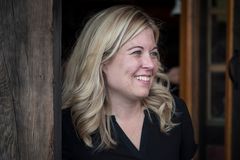