The previous chairman of the CRTC publicly shamed industry executives “who own luxury yachts and private helicopters” for asking for subsidies; he brought American Super Bowl ads to Canadian television and he promised to allow customers to “pick and pay” for individual channels.

In other words, he was known for grandstanding – something that the new leader, Ian Scott, shuns.

Mr. Scott took on the top job at the Canadian Radio-television and Telecommunications Commission in September, 2017, taking over from Jean-Pierre Blais, and has proven to be much less of a showman.

In an interview with The Globe and Mail after delivering a speech to the International Institute of Communications conference in Ottawa on Thursday, Mr. Scott said he prefers not to hold news conferences to announce CRTC rulings, “because that tends to highlight the person delivering the decisions.”

“It’s not about me. It’s not about ‘Ian Scott, chairman of the CRTC,’” he said, pointing to the hundreds of lawyers, economists and policy analysts who do much of the commission’s work. “When I say I’m fine with being boring, I mean it tongue in cheek. What I mean is, I’m not out there saying things that are very quotable.”

Mr. Scott, a government relations professional who has worked at Telus Corp. and Telesat Canada, praised Mr. Blais for his efforts to engage more people with the work the CRTC does on telecom and broadcast matters. Under Mr. Blais, the commission sought public participation on matters such as a wireless code of conduct and the changing landscape of the TV market.

“Jean-Pierre did a tremendous amount to encourage more direct participation by the average Canadian and he deserves credit for that.”

In his speech Thursday, Mr. Scott laid out the key concerns the commission sees right now: access to broadband service; the affordability of wireless service; addressing aggressive sales practices by the telecom industry (the CRTC held a hearing on the issue last week); and creating and promoting Canadian-made content.

He also addressed the review the federal government is conducting of the legislation that governs the telecom and broadcast sectors.

Mr. Scott said Canada has a framework that supports net neutrality – the principle that internet providers should not prioritize or block traffic across their networks – and said the new legislation should continue to allow “flexibility” in making exceptions. He pointed to the example of self-driving cars that could be supported by next-generation 5G wireless technology and noted that signals that keep them safe could take priority over other internet traffic.

He also called for any new legislation to clarify that the CRTC has authority over “passive infrastructure,” such as municipal property and city structures like bus shelters and lampposts. Without that clarity, he said, the current situation where companies often find themselves at odds with municipalities is resulting in a number of legal disputes.

This tension could rise as carriers work to build 5G networks, which will require a large increase in the number of small cells – smaller versions of cell towers – and some municipalities look to protect public property or charge high fees for access.

“My point is, when push comes to shove, somebody has to be able to say, 'No, we need to be able to deploy this critical technology,’ ” Mr. Scott said.

He also urged Ottawa’s review panel to give the CRTC the power to impose monetary penalties on companies that breach their obligations under the broadcast act, saying fines would be far more effective than the CRTC’s current tools, which include revoking licences and requiring broadcasters to appear at hearings.

On the issue of wireless prices, the chairman said the commission is taking steps to respond to Ottawa’s concerns. The CRTC recently finalized the rates that small carriers pay to roam on the networks of the three national providers, Rogers Communications Inc., BCE Inc. and Telus.

The CRTC has also moved up the time frame for a review of the wireless market to start next year.

Finally, it has ordered the Big Three carriers to propose lower-cost, data-only wireless plans, which would not necessarily include voice calling services. The CRTC proceeding on that closed last week and Mr. Scott said he hopes to have the ruling out by the end of the year. 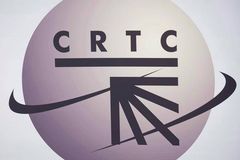 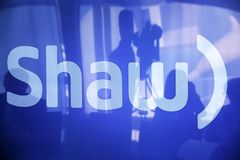