Cryptocurrency proponents are calling for regulations governing Canada’s virtual-currency exchanges, the online marketplaces where users go to buy and sell bitcoin, ethereum and other digital tokens, as the nascent industry becomes increasingly mainstream.

Several jurisdictions – including Australia and New York State – have already introduced regulations governing the online marketplaces. In Canada, however, trading in virtual currencies takes place largely outside the purview of regulators. Industry insiders say this not only puts consumers at risk, but also tarnishes the reputations of more scrupulous industry participants.

A number of cryptocurrency-trading platforms, including Toronto-based Coinsquare, are urging regulators to put some rules in place, arguing that doing so would lend credibility to the emerging industry for buying and selling virtual currencies.

“We want to be regulated because ultimately we want to be able to provide certainty to our customers that we’re not some fly-by-night trading platform, that they can trust us,” Coinsquare chief executive Cole Diamond says.

Joseph Weinberg of Shyft, a company that verifies people’s identities using a blockchain-based system, says the lack of regulatory clarity for cryptocurrency-trading platforms has left their operators guessing at which rules they should be following.

“Until you have regulators come out and say, ‘This is what you have to do,’ as an exchange, you’re kind of guessing and hoping for the best, which is a big problem,” says Mr. Weinberg, whose company is looking to address a number of compliance issues in the cryptocurrency industry.

The federal government introduced legislation targeting virtual-currency exchanges back in 2014, but those rules have yet to come into effect.

That means only those exchanges that otherwise fall under the “money services business” classification – for example, as a result of dealing in multiple fiat currencies – are required to abide by federal anti-money-laundering rules. Otherwise, they are currently under no obligation to meet know-your-client rules and to report suspicious transactions to Fintrac, the federal anti-money-laundering agency.

Last summer, the Canadian Securities Administrators cautioned in a staff notice that some exchanges may fall under the “marketplaces” classification, which would make them subject to the same rules as stock exchanges and alternative trading systems. However, to date, no exchange has been recognized as a marketplace by Canadian securities regulators.

Lawyers attribute this to the fact that many of the more popular cryptocurrencies – such as bitcoi, litecoin and, by some accounts, ether – don’t have the characteristics of a security. Therefore, securities regulators have no business governing the platforms where they are traded.

“Many cryptocurrencies don’t fit neatly into how the securities industry is regulated. Bitcoin and litecoin, for example, have no central management like a typical company, only a community of users,” says Daniel Fuke, a lawyer at Fasken Martineau DuMoulin LLP who advises cryptocurrency companies.

Given the lack of regulation or transparency, industry insiders caution that customers may be falling prey to unethical or risky business practices. Such practices could include insider trading, artificially boosting the trading volume or front-running client orders, Mr. Weinberg says. (”Front-running” is an illegal practice where a broker executes an order ahead of a large trade that they know will move the stock price.)

San Francisco-based Coinbase got into hot water recently for allegedly engaging in insider trading. A class-action lawsuit filed in the Northern District of California alleges that Coinbase tipped-off insiders about the launch of a new cryptocurrency called bitcoin cash on its GDAX platform last December.

Coinbase said it does not comment on matters that are the subject of active litigation. But, its CEO, Brian Armstrong, said in a blog post late last year that the company will be conducting an investigation into the matter. That investigation is continuing.

Chris Horlacher, CEO of Toronto-based decentralized securities platform Equibit Group, would like to see cryptocurrency exchanges provide quarterly reports on their cash reserves and independent audits of their trades and cybersecurity protocols. He would also like to see proof that these exchanges are keeping client funds separate from their own.

“I know if I were running an exchange, I would fully reserve all of my client accounts and make sure that I have all of the cash and crypto on my balance sheet, so if there was a run on my exchange I would be able to pay everything out,” Mr. Horlacher says.

“Personally, I wouldn’t want to be on an exchange with anything less than 100-per-cent reserves.”

A number of trading platforms have been voluntarily implementing best practices from other, similar industries, in preparation for what they anticipate the regulations might be.

They say this gives them a competitive business advantage, as it means they’ll already be compliant when the rules are put in place. However, it also means leaving a tremendous amount of money on the table.

“Our revenue and trading volume could be at least five-times larger if we did not have an internal compliance regime,” Coinsquare’s Mr. Diamond says.

Coinsquare, which calls itself a trading platform rather than an exchange, doesn’t accept clients if it isn’t able to verify their identities and how they obtained their funds, Mr. Diamond adds.

But nobody forced Coinsquare to register with Fintrac, or to start reporting suspicious transactions to the federal agency, Mr. Diamond says.

In fact, when the trading platform first approached Fintrac, “they told us we shouldn’t be registered there,” he said.

“We decided to do it anyway because we explained to them we don’t have anywhere else to go. We want to be regulated.”

Vancouver-based Einstein Exchange has also been voluntarily reporting to Fintrac, as well as taking steps to keep credit-card fraud and other illegal activity off of its platform.

Fraud is rampant in the cryptocurrency space, says Michael Gokturk, Einstein’s CEO. When Einstein first started accepting credit-card payments, it was hit with US$8.3-billion of attempted fraud in just one day.

The scammers were stopped dead in their tracks by systems that Einstein had put in place specifically to detect fraud, Mr. Gokturk says, but he worries that other exchanges could fall victim to such behaviour.

“It’s so easy to get into this market and it’s so easy to take advantage of the lack of regulation,” Mr. Gokturk says. “The best exchanges will welcome regulation and transparency and that’s what we’re trying to do. We welcome it with open arms.”

However, regulations that are too onerous could have a negative effect, pushing innovation out of Canada and into more lenient jurisdictions, Shyft’s Mr. Weinberg says. That could lead to a phenomenon referred to as regulatory arbitrage.

“People go to jurisdictions where they know they’re going to have the most ease,” he says. “It’s a massive problem.”

The solution, says Mr. Weinberg, is for the industry to set its own rules, by forming a self-regulatory organization, or SRO. Such an effort is already underway in the United States, where Cameron and Tyler Winklevoss, who own the Gemini Exchange, have proposed an entity called the Virtual Commodity Association.

The other thing that’s needed, Mr. Weinberg adds, is a global policy standard to harmonize the rules between various jurisdictions - “as opposed to every jurisdiction looking at this its own way.” 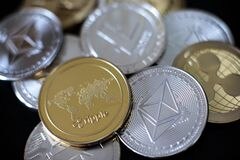