Whether it’s shopping on Amazon or hailing a ride through Uber, the point of most e-commerce is the same – cutting out the middle-man.

It’s no wonder, then, that Amazon, Uber and other such businesses have become wildly successful. The proverbial middle-man, or intermediary, may be the biggest business casualty of the internet era.

But is the age of the intermediary completely over? Not yet, experts say.

Startups housed in the University of Waterloo’s Velocity accelerator program, for example, are advised against taking the Uber-style, go-it-alone approach. “That’s a bit of a dangerous precedent,” says Jay Shah, the incubator’s director.

The San Francisco-based ride-sharing company has in recent years become the poster child for cutting out the middle-man as it upended the taxi industry on its way to 40 million monthly users in more than 60 countries.

By connecting drivers and passengers through its app, Uber steamrolled taxi companies and regulators, inspiring copycats in countless other industries. Scores of startups pitched themselves to users and investors as the “Uber” of whatever business they happened to be entering.

Despite that, Uber’s achievements may not be sustainable. The company incurred many enemies in its charge toward growth and has yet to post a profit. Indeed, it continues to lose billions of dollars.

“It’s a surface-level strategy,” Mr. Shah says of the company’s approach. “There’s a better balance to be struck.”

Velocity instead advises its companies – currently around 80 – to partner up. Rather than trying to circumvent intermediaries, the smarter approach is to seek out middle-men who may be forward-thinking and interested in building their own businesses.

Velocity also suggests startups focus on businesses that can be expanded through making transactions easier, another fundamental of e-commerce. If doing so boosts the potential for adding customers, existing middle-men are also more likely to work with them.

“That changes the dynamic of how this market will grow,” Mr. Shah says. “If you can figure that out, you’re going to be on a very high-growth path because nothing is going to be in your way.”

Load Army Inc., one of Velocity’s companies, is following that advice. The early stage startup, based in Kitchener, Ont., is indeed much like the Uber of construction materials in that it connects contractors directly with suppliers of sand, soil and gravel.

Load Army works with independent suppliers and trucking providers, however, while cutting out third-party resellers such as landscape and garden centres. Doing so means the company doesn’t have to invest in its own expensive distribution system, but it also saves resource-stretched contractors from wasting resources on menial tasks such as picking up supplies.

“These companies don’t have the manpower to just send a guy to go get [materials],” founder Phill Karasinski says. “They have to figure out ways to be more efficient and that’s where we’re adding the value to the business.”

Coastline Market Inc. is another startup that’s cutting out some intermediaries while keeping others.

The Vancouver-based company is connecting fishermen and harvesters with restaurant chains, allowing for the direct purchasing of seafood in bulk.

The company continues to subcontract long-haul and last-mile delivery services, but it is eliminating the intermediary brokers that are common in the industry. Those middle-men, according to co-founder Robert Kirstiuk, drive up prices and store inventory for long periods. Coastline is thus setting up buyers with cheaper and fresher seafood.

“We only source product that we already have demand for. That’s how we can cut out those middle-men,” he says. “But we do require some middle-men to function.”

Ted Graham, head of open innovation for General Motors Co. and author of The Uber of Everything, says startups should focus on developing technology rather than physical assets, which can indeed be left to intermediaries.

In that way, Uber did set a useful precedent. By developing a network that allows for easier transactions between suppliers and buyers, startups can similarly put themselves into a position where new, additional businesses may arise in the future.

“The UberEats [food delivery service] came out of UberX because of that,” he says. “Being a tech business at your core … is very different than saying, ‘Hey, we have an app now.’” 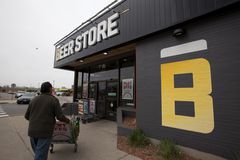 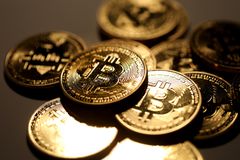 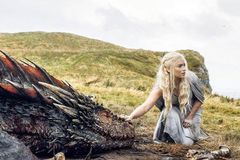