Danone SA chief executive officer Emmanuel Faber is forecasting that the global food industry will face a decade of changing consumer appetites in which demand will increasingly shift toward plant-based offerings.

Mr. Faber, who also serves as chairman of the Paris-based multinational food company, envisages growth in “flexitarian” diets that emphasize plant-based food but also include a limited amount of meat and dairy products.

“There is a huge trend of people moving to less animal protein and more vegetable protein. This is across the regions where we operate – in Asia, Africa, Europe, North America and Latin America," he said in an interview. “We believe that this flexibility in diets is fundamental for the future, for the health of people and also for the health of the planet.”

Mr. Faber strives to lead by example with his own healthy food regimen and regular exercise. Before his interview with The Globe and Mail in Vancouver on Friday, he went rock climbing in nearby Squamish for three hours, starting at 4 a.m.

“We are more and more convinced that there will not be a sustainable food system if it doesn’t help both the planet and people,” he said. “The quest that we have as a global company is to find this sweet spot where you find sustainable diets and sustainable agriculture. This is driving the strategy, and drove the choice that we made to buy WhiteWave."

“By 2025, all of our packaging will be reusable, compostable or recyclable," he said. “When we speak about the food revolution, it’s happening because people are basically activists themselves. You can vote for the world in which you want to live each time you eat and drink."

Danone believes in the continued role of dairy products and also supports “regenerative agriculture” that helps landscapes, including expanding the grazing area for dairy cows and increasing biodiversity on farms. “The biggest risk that I think we face as a species is the lack of biodiversity of the ingredients, seeds and animals that are used to make our food," Mr. Faber said.

The 55-year-old CEO said major brands don’t carry the clout with consumers that they enjoyed during his parents’ generation and his own cohort of baby boomers.

“My kids take a product and they turn it around on the shelf and they want to read the fine print. They also want to see who are the people behind the brand, and where the ingredients have been produced and how has it been grown," he said. “As a company, we’ve made the choice to catalyze and to participate in this food revolution, which is a big and tough transformation for us.”

Mr. Faber and other CEOs from his industry converged on Vancouver last week for the Consumer Goods Forum (CGF) conference, where manufacturers and retailers discussed such topics as data gathering and sustainable agriculture.

Mr. Faber has been named one of the two co-chairs of the forum’s board of directors. The other new co-chairman is Ozgur Tort, CEO of the Turkish supermarket chain Migros Ticaret SA, whose parent company is in Switzerland. Mr. Faber and Mr. Tort will serve in their CGF roles for the next two years.

Greenpeace activist Daniel Brindis showed up last week outside the conference’s entrance to voice his concerns about the consumer goods sector.

Mr. Brindis, the California-based forests campaign director for Greenpeace, criticized food manufacturers and retailers for what he described as a lack of action to end deforestation. He said corporations have fallen far short of their environmental goals due to inadequate climate action plans, and they still rely too heavily on palm oil, soya, cattle and other agricultural production.

“Palm oil is produced often irresponsibly in a way that drives more deforestation. Products in your home that are associated with palm oil include cosmetics, soaps, cleaning products and snack foods,” Mr. Brindis said.

Greenpeace is calling on consumer goods companies in general to declare a climate emergency. Activists unfurled a protest banner at the Vancouver Convention Centre West, naming 16 companies, though not targeting Danone.

The CGF counters that its members have been working hard since 2010 at improving sustainable sourcing, whether it be palm oil or pulp and paper.

“We now believe that sourcing certified sustainable commodities is, on its own, not sufficient to eliminate deforestation,” the forum said in a statement. “Over the last 18 months, we have been working with our external stakeholders to develop an even more effective strategy to combat deforestation."

Tech CEOs take a reputation hit over questions around ethics
Subscriber content
May 21, 2019 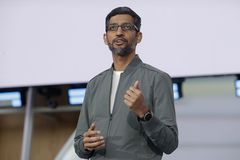 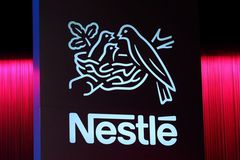 Opinion
Executive compensation must be recalibrated to include climate-related governance
February 11, 2019 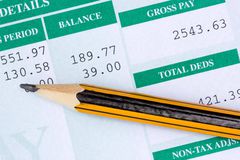