As Canada’s economic recovery unfolds, the country’s key survey used to track employment has run into a pandemic-related problem: Fewer people are filling it out.

The response rate to Statistics Canada’s Labour Force Survey has been dwindling since the COVID-19 pandemic shut down Canada’s economy in March, reaching 70 per cent in July, compared with an average of 87 per cent in 2019. The sample size in July’s LFS was just fewer than 86,000 people, compared with a prepandemic average of nearly 103,000 people dating back to 1997, according to a calculation by Mikal Skuterud, a professor of labour economics at the University of Waterloo.

For many economists, it’s a worrying trend that raises the possibility of less reliable labour results.

“I’m very concerned about it,” said Fabian Lange, an economics professor at McGill University in Montreal. “When the response rate drops, we are potentially starting to miss certain subgroups in the population that are important.”

“The concern is that the folks who have been affected most by the pandemic may be the ones who are least likely to take that call” from Statistics Canada, Prof. Skuterud added. “As much as Statscan might tell you, ‘We’re sure there’s no problem here,’ the honest truth is nobody knows.”

The LFS is a marquee release from Statscan, providing one of the timeliest readings of the economy’s performance. In a typical month, the agency speaks with more than 50,000 households about their work status, and those households are surveyed for six consecutive months. Their responses are used to produce some key labour estimates, such as the number of employed Canadians and the unemployment rate.

“You’re more likely to get someone to respond if the interviewer is at the door,” Prof. Skuterud said.

The issue, he added, is not with the sample size itself, but with who isn’t responding. If that shift is not random – say, a disproportionate share of non-respondents have a high-school education or less – that could skew the results, and ultimately our understanding of the pandemic’s effect on the job market.

Statscan did not respond to a request for comment on why response rates have declined and whether that’s affecting data quality. However, a technical note for July’s LFS said that response patterns have been “relatively similar” to before, but that “some differences were noted and will be followed closely to avoid a cumulative effect causing bias.” The agency noted, for instance, a rising share of respondents with at least a college degree and “very significant changes” to responses in Newfoundland and Labrador.

One statistical oddity of the pandemic is the difference between job disruption and uptake of the Canada Emergency Response Benefit, which provides $2,000 every four weeks to workers significantly affected by the pandemic. The federal government said 4.5 million people were on CERB during the August benefit period. However, July LFS data show roughly 2.3 million had lost employment or worked less than half their usual hours, relative to February.

“The CERB numbers are just completely not lining up with the LFS,” Prof. Skuterud said, suggesting LFS non-responses could be a factor. “It looks like something’s out of whack there.”

As of July, the Canadian economy has recouped about 55 per cent of pandemic job losses, leaving about 1.34 million positions left to recover. The August jobs report will be released Friday and is widely expected to show continued progress. The median estimate is that employment rose by 250,000 last month, according to economists surveyed by Bloomberg. However, with reopening plans slowing, the pace of hiring is expected to weaken in the coming months.

“As fast as the early portion of the job recovery has been, the going will likely get tougher in the period ahead, and the remaining employment hole will become tougher to fill due to permanent business closures, persistent capacity constraints and workers dropping out of the labour market,” Robert Kavcic, senior economist at Bank of Montreal, said in a recent client note.

“Over the medium term, as generous federal support benefits get extended, incenting workers back into the labour force could become a potential headwind on the recovery – something we’ll be watching closely.” 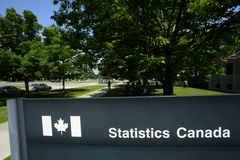 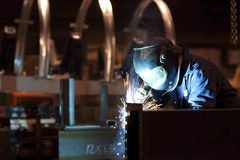