Accounting and consulting giant Deloitte has sold 25 of its Canadian offices to MNP LLP, sending almost 1,000 employees to join the Calgary-based firm.

Anthony Viel, Deloitte Canada’s chief executive, says his company is “trying to have a bigger impact at country level,” and honing in on industries he says will be crucial to the Canadian economy, such as advanced manufacturing, clean technology and health care, especially as it pertains to the elderly.

“This is a strategic call for us, and we’re calling on others, including the country, to make a strategic call on a lot of things so that we can build that prosperous and inclusive Canada we all want,” he said. Mr. Viel said his firm will focus on promoting diversity and inclusion internally and externally, which he believes will boost the Canadian economy and provide opportunities to underrepresented groups.

“By 2030 we’ll have 1.7 million extra workers by just untapping the [potential of the] underrepresented and the underemployed... and with that comes economic empowerment for communities that haven’t done that.”

Mr. Viel said the genesis of the deal began when he stepped into his CEO role in June, 2019.

“In the first four months of coming in you re-evaluate the portfolio, and so the transaction is a result of that re-evaluation of where there’s growth and opportunity, and which parts of the portfolio that we that we need to refresh, and that sometimes involves a transaction like this.”

He still intends to expand Deloitte Canada’s operations. The company has added about 2,500 employees since June, and Mr. Viel says he plans to add 1,000 more, who would replace the 70 partners and 900 team members who will head to MNP.

“MNP is known for local. They service that part of the market extremely well,” Mr. Viel said.

About 20 of the 25 new offices MNP will acquire are in Quebec, expanding on the locations it already has in the province. MNP CEO Jason Tuffs says the addition of the Deloitte team will strengthen his firm’s presence across the country, and give it an opportunity to better serve clients in smaller cities and rural areas.

MNP will acquire an office in Windsor, Ont., and one in Hawkesbury, a town in eastern Ontario.

Mr. Tuffs says a “hub-and-spoke” model can benefit clients in a small city such as London, Ont., where MNP employees can build close relationships, and lean on other offices in the region for extra support.

MNP is acquiring a slew of offices at a time when many white-collar employees work from their living rooms, but Mr. Tuffs still believes that offices will matter in the future.

“I think that the office spaces are still going to have a role to play for organizations, and communities, so I guess we’re overall excited about it.”

The deal is set to close on March 1, subject to Competition Bureau approval. 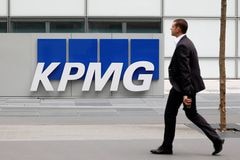 Spotify will allow its employees to work from anywhere
Subscriber content
February 12, 2021 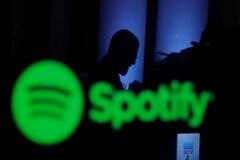 Pandemic’s seismic shifts are reshaping the way Canadians work, study says
Subscriber content
February 11, 2021
Follow us on Twitter @globebusiness Opens in a new window
Report an error Editorial code of conduct
Due to technical reasons, we have temporarily removed commenting from our articles. We hope to have this fixed soon. Thank you for your patience. If you are looking to give feedback on our new site, please send it along to feedback@globeandmail.com. If you want to write a letter to the editor, please forward to letters@globeandmail.com.
Comments