The Trump administration is on the verge of signing a deal with Canada and Mexico to modify the new North American trade pact in order to get congressional Democrats to ratify the agreement, sources in all three countries told The Globe and Mail.

Mr. Trump spoke with Prime Minister Justin Trudeau about the negotiations Monday. Mr. Trudeau’s office described the talks as being in their “final stages."

The development could see the Democratic-controlled House of Representatives vote on the United States-Mexico-Canada Agreement – a rejigged version of the current NAFTA – before Christmas, handing Mr. Trump a victory on one of his top policy priorities at the same time as the House also moves to impeach him.

“We’re doing very well on USMCA,” Mr. Trump told reporters at the White House Monday afternoon. “A lot of strides have been made over the last 24 hours.”

The details of the deal have not been made public, but Mexican officials have indicated that they would involve more stringent rules around the amount of North American steel used in auto manufacturing; a stronger dispute-resolution system; tougher enforcement of new labour standards in Mexico; and dialing back new protections for pharmaceutical companies.

The three countries finished negotiating the USMCA in September, 2018. But after Democrats took control of the House two months later, they demanded changes to the pact in exchange for ratifying it. The Trump administration has been negotiating with Mexico and Canada over a side letter that would add those changes to the original USMCA to mollify the Democrats.

Mr. Lighthizer met last week in Washington with Jesus Seade, Mexico’s chief USMCA negotiator, to hammer out the toughest issues, which mostly concern their two countries. The Canadian government source said Ottawa had been involved in the discussions and was fine with the deal.

The sources said congressional Democrats are also ready to accept the agreement. The Globe is not identifying any of the sources because they were not authorized to publicly discuss the matter.

Mexican Foreign Minister Marcelo Ebrard told reporters in Mexico City Sunday that one of the final sticking points was a demand from Mr. Lighthizer to further tighten a USMCA requirement that autos be built with 70 per cent North American steel and aluminum to qualify for tariff-free treatment between the three countries. Mr. Lighthizer wanted only steel that was fully melted and poured on the continent to qualify.

Mr. Ebrard said Mexico would agree to the new standard for steel after a five-year phase-in period. “We will not accept, in any form, for this obligation to take effect the moment the treaty is ratified,” he said. Mr. Ebrard added that Mexico rejected the standard for aluminum entirely.

Democrats, for their part, had demanded that U.S. officials have the right to check Mexican factories to ensure that they’re meeting USMCA’s higher labour standards. Mr. Ebrard said Mexico would instead agree to give this power to international tribunals that adjudicate trade disputes.

Mr. Seade has previously said that the deal would also include a provision to end “panel-blocking,” a tactic that Mexico and Canada have accused the U.S. of using to stop trade tribunals from being set up to handle disputes. Mr. Seade also said the deal would roll back USMCA rules protecting biologics, a particularly expensive type of prescription drugs, from competition from generic copies for 10 years.

Daniel Ujczo, an Ohio-based international trade lawyer, cautioned that the full details of what’s been agreed to have not yet been released, and could include provisions that will make USMCA less business-friendly. He said the period between the House potentially passing the deal and the Senate taking it up could provide some time to fully evaluate it.

“I don’t think any of these changes are going to sink the deal, but we need to tread water before we can swim,” said Mr. Ujczo, who is part of the firm Dickinson Wright. 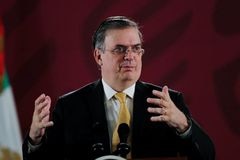 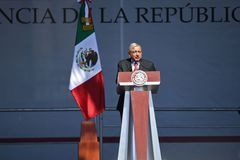 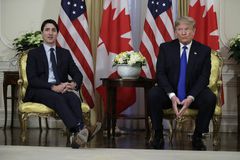