Canadian universities are facing a financial crunch amid the COVID-19 crisis, as a drop in foreign enrolment and shuttered campuses dent the bottom line and the country’s slow vaccine rollout weighs on the next school year.

That decline, coupled with a sharp fall in revenues from campus services like conferences, dorms, food halls and parking, has hit the schools hard. Canada’s slow vaccine campaign – it currently lags well behind global peers on inoculations – and the emergence of new variants, could extend the slump in enrolment and campus revenues into the next year school, experts warn.

It is still too soon to know the final impact of COVID-19 on the current year. The University of British Columbia, for example, is projecting a deficit of C$225 million ($177.2 million) this year compared with a C$60 million surplus budgeted pre-COVID-19. And the uncertainty will continue.

While most of Canada’s universities are well positioned to weather the COVID-19 storm, an unexpected move by Laurentian University in Ontario to file for creditor protection this month has sparked concerns. Experts says that while Laurentian’s situation is unique, other schools also face cost pressures and some may be too reliant on foreign tuition.

International students brought in almost C$4 billion in annual revenue for Canadian universities in 2017/18, the most recent data from Statistics Canada showed. On average, they pay five times the tuition of domestic students and account for nearly 40% of all tuition fees.

At Canada’s top three ranked universities, foreign students make up at least a quarter of the student body. Many stay in Canada after graduation and contribute to economic growth.

Canada did stave off a feared enrolment plunge this year, in part because the federal government made it easier for international students to get work permits after graduation, but the huge gains in foreign students of the previous five years are likely over.

Indeed a trend that saw many international students choose Canada over the United States in recent years could reverse as U.S. President Joe Biden’s administration overhauls the U.S. immigration.

“Something that’s benefited Canada for some time is the political environment in the U.S., as it drove more international students to Canada,” said Travis Shaw, a senior analyst at rating agency DBRS Morningstar.

The change of administration “probably means we’ve got more competition for those international students in the years ahead,” he said.

An increase in domestic students could offset some of the need for new foreign students, but their lower tuition fees will create a significant financial gap. Other cost-saving alternatives might include reducing course offerings and consolidating smaller schools.

And while international enrolment is expected to stabilize as COVID-19 restrictions are lifted, the longer the pandemic drags on, the greater the risk that more international students will go elsewhere to study, particularly if competitor campuses are able to safely reopen before those in Canada.

“Most students want to come to Canada for the student experience. If a student experience does not seem viable over the term of the course, it is sure to be a deterrent,” said Aditi Joshi, an analyst at DBRS Morningstar. 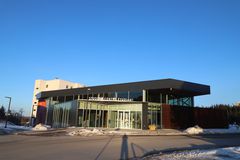 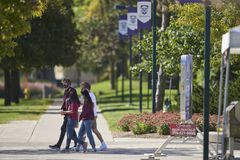 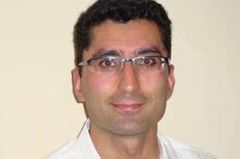