Canada’s Natural Resources Minister is standing with Alberta and vowing to get the cross-border Keystone XL pipeline built, despite the prospect of an incoming U.S. administration that has promised to kill the project.

The pipeline has faced a swath of regulatory reviews, scientific studies, redesigns and legal cases since it was first proposed by TransCanada Corp. – now TC Energy Corp. – in 2009. Construction on the Alberta leg of the pipeline began earlier this month, but presumptive Democratic presidential candidate Joe Biden has said he would cancel the project’s permit.

It’s also facing multiple court challenges south of the border. That makes it tough for the federal government to weigh in, Natural Resources Minister Seamus O’Regan told The Globe and Mail from his home in St. John’s this week.

Still, he said, Ottawa is “intent on getting it done.”

Alberta Premier Jason Kenney criticized the federal government earlier this month over what he saw as inaction on the Keystone file, saying Ottawa needed to step up communications with the United States to underscore the importance of pipeline-transported oil to the trade relationship between the two countries.

Mr. O’Regan said he’s working on it and has an excellent relationship with U.S. Secretary of Energy Dan Brouillette.

“He’s somebody who’s been in the energy business and with the energy department for quite some time. He does have that understanding so we do have conversations to make sure our joint interests are met,” he said.

He said Ottawa is also pushing for movement on the Line 3 replacement pipeline project between Canada and the U.S., which is awaiting final permitting before construction can begin in Minnesota.

Mr. O’Regan is gung-ho about the Line 3, Trans Mountain expansion and Keystone XL projects, but wouldn’t say whether a pipeline such as the now-shelved Energy East project should exist to carry Western Canadian crude to refineries in Eastern Canada.

Irving Oil Ltd. recently bought a cargo of oil sands crude from Calgary-based Cenovus Energy Inc., sending it to the B.C. coast through the Trans Mountain pipeline before loading it on tankers and shipping it via the Panama Canal to its New Brunswick refinery.

Cenovus president and chief executive Alex Pourbaix told The Globe this week that the deal made fiscal sense for both companies.

“I wouldn’t suggest that people should hold their breath expecting that’s going to become a really common movement of oil to East Coast Canadian refineries, but what it showed is that there are times when the economics work,” he said.

While Mr. Pourbaix is optimistic that Line 3, Keystone XL and Trans Mountain will all be built despite “some zigs and zags in the road,” he was also critical of the current Canadian regulatory environment around pipelines.

“It’s a really serious problem for the country, and I think governments are going to have to look at it over the long term,” he said.

The Federal Court of Appeal ruling in August, 2018, that quashed approval of the Trans Mountain project – and resulting work by the government to regain construction permits – has given the Canada Energy Regulator and Impact Assessment Agency an improved playbook on how to properly consult Indigenous communities around new energy projects, he said.

“Running pell-mell into the court and trying to bulldoze over legitimate Indigenous rights in this country didn’t work for years. That’s just a fact. You need to engage, you need to go into conversations and negotiations with First Nations or Inuit or Métis peoples with the intent of attempting to find accommodation,” he said.

“You’re not just checking things off for the sake of doing it.”

And while he understands why people might have issues with shipping oil from Alberta to New Brunswick via Panama, he said at the end of the day he was happy to see Canadian oil bought by a Canadian company and refined in Canada.

He also said the perception that his cabinet is anti-oil or anti-pipeline couldn’t be further from the truth.

“For people who have that impression, I come back to TMX,” he said.

It’s a single example, but “it’s a very massive, big, political example,” he said, referring to the Trans Mountain pipeline expansion the federal government bought for $4.5-billion from Kinder Morgan Inc. in 2018.

While Mr. O’Regan is enthusiastic about embracing greener options such as offshore wind and improving energy efficiency, it is his government’s stated goal of net-zero greenhouse gas emissions by 2050 that gets repeated the most. It’s also a target he says is intricately woven into Canada’s oil sector, which is the country’s largest national economic driver and biggest export.

“For all of us who want to see a transition to lower emissions, we need to have Alberta on-side,” he told The Globe. 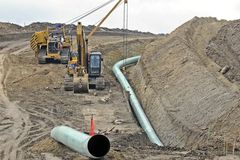 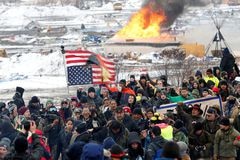 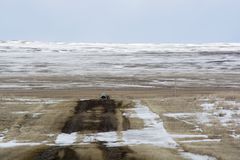