The presence of pharmaceuticals such as painkillers, antibiotics and antidepressants in the Great Lakes is an environmental problem that’s only going to grow worse, and not enough is being done to monitor, let alone reduce, the impact on public health.

That’s the disturbing, if not shocking, conclusion of a report released earlier this month by Pollution Probe and the Clean Water Foundation. And, as expected, it places a big part of the blame on what consumers flush down their toilets in the form of expired or unused drugs, or pharmaceutical compounds that end up in our urine and feces.

“The result is that pharmaceuticals are continuously released into the lakes,” according to the report, citing the inability of municipal wastewater-treatment plants to properly destroy these compounds.

What did surprise me, however, is that the report also directly blamed drug makers for the problem. This relates to the mostly untreated waste some manufacturers routinely discharge into our sewers, which the authors said “may be a significant source of pharmaceutical pollution in the aquatic environment.”

Not a lot has been known about the disposal practices of drug makers in Canada, largely because of a lack of industry transparency and weak regulations. The assumption was that the contribution from manufacturers was relatively small, even though in Ontario alone there are 21 facilities representing about $7-billion in provincial exports.

We’re talking discarded ingredients for making everything from antidepressants and antibiotics to painkillers and heart drugs. Think of it like the cookie dough you wash out of a bowl that doesn’t make it into the baking pan.

Ontario isn’t alone. The U.S. Geological Survey studied 19 wastewater-treatment plants across the United States for the presence of pharmaceuticals in their treated effluents. Thirteen of those plants received waste directly from pharmaceutical manufacturers and six did not. The analysis revealed that effluent from the wastewater-treatment plants receiving waste from drug makers had “substantially higher” concentrations of 33 pharmaceuticals. In one case, an anti-fungal drug was found at levels 3,000 times higher.

So where’s the regulator in all of this? In Canada, municipal bylaws generally tackle discharges from industrial facilities, but they don’t tend to cover pharmaceutical manufacturing waste – at least not explicitly. There’s nothing specific in provincial regulation, either.

“With respect to regulation in Canada or the United States, I can assure you that there are none at this time,” says Jonathan Rhone, president and chief executive officer of Vancouver-based Axine Water Technologies. “Widespread regulations governing active pharmaceutical ingredients in plant effluent will likely come first in the European Union, however, North America is clearly a regulatory laggard. Any action by the pharma sector would be purely voluntary.”

Options exist to economically destroy pharmaceutical compounds. For drug makers that voluntarily do it, the most common approach today is to truck the contaminated liquid to a place that incinerates it. But this is extremely inefficient and energy-intensive, as it means boiling away large volumes of water and hauling that heavy waste around in trucks.

Axine is trying to make it easier for pharmaceutical companies to be good corporate citizens, and to comply with regulations when they do inevitably emerge. It builds drug-destroying water-treatment systems right at the drug-manufacturing facility where waste is being produced. Unique to its business model is that it doesn’t sell its systems. Rather, Axine finances, owns and operates what it installs, making a return on that investment through multiyear service contracts.

The technology it uses is called electrochemical oxidation. In other words, it uses electricity to activate catalysts that oxidize or bust up the organic compounds in pharmaceuticals, turning them into harmless trace gases such as oxygen, nitrogen, hydrogen and carbon dioxide. No chemicals are required. The whole system is automated and remotely monitored using predictive analytics.

We’re going to need solutions such as this. Our population is aging, and that means more demand for the pharmaceuticals that make life livable. Increased drug manufacturing is going to lead to more waste flowing from those facilities and into sewers. Municipalities and their citizens shouldn’t have to bear the financial burden of treating that pharma waste when a significant source of it comes from just a dozen or so facilities.

It’s time for regulators to play closer attention, and for drug makers to up their game. We’re already seeing the effects of pharmaceutical compounds found in our lakes and rivers. We’ve heard the stories about boy fish turning into girl fish, or confused, almost suicidal fish that don’t bother to flee predators, or species of eels jacked up on oxycodone.

Scarier still are the stories about increased concentrations of antibiotics in aquatic ecosystems and how they’re proving ideal breeding grounds for unkillable superbugs.

I don’t know about you, but it’s a path I’d rather not go down. 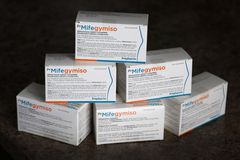 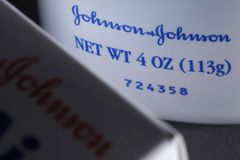 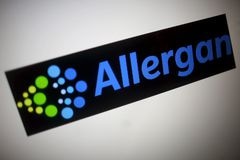