Dollarama Inc. reported higher sales and increased its dividend to shareholders on Wednesday, as the discount retailer continues to benefit from demand for items such as cleaning and other household products during the pandemic.

The Montreal-based company’s comparable sales – an important metric in retail that shows growth not accounted for by new store openings – rose 7.1 per cent in the third quarter. Dollarama opened 19 new stores in the quarter ended Nov. 1. Overall sales were $1.06-billion, a 12.3-per-cent increase compared with the same period last year.

Seasonal items related to summer and Halloween sold well, as did cleaning supplies, household items and health and beauty products. Meanwhile, as people were discouraged from getting together for special occasions, sales of party supplies and greeting cards were down.

“Despite stay-at-home directions, social-distancing measures and in-store capacity limits in various provinces, we saw a lot of customers looking to safely celebrate Halloween this year – even if that meant staying within their household bubbles to do so,” chief executive officer Neil Rossy said during a conference call Wednesday to discuss the company’s results. “The popularity of seasonal and festive items in the third quarter is a positive trend as we enter the seasonally important fourth quarter.”

As is the case for most retailers, the holiday shopping season is the most important sales period for Dollarama. Because the chain sells items considered essential, its stores have been permitted to remain open even in jurisdictions where lockdowns have begun again. But restrictions on store capacity in many provinces – which Mr. Rossy said he endorses – is affecting traffic in the weeks leading up to Christmas.

“The two biggest weeks are in front of us. So we’ll see,” chief financial officer Michael Ross said.

Dollarama also announced a new round of bonus pay for store staff as the second wave of the COVID-19 pandemic intensifies. It joins other retailers such as Sobeys owner Empire Co. Ltd., Metro Inc. and Walmart Canada, which have recently announced pandemic-related bonuses. Dollarama announced on Wednesday that it will pay a one-time bonus of $200 for part-time employees and $300 for full-time employees. The company employs more than 26,000 staff at 1,333 stores across Canada. In an e-mailed statement, the company added that warehouse and distribution centre workers have also been receiving bonuses, but would not provide specifics.

Dollarama increased its quarterly dividend payout to shareholders by 6.8 per cent to 4.7 cents per common share.

While more of Dollarama’s stores were open during the quarter than in the height of summer when more restrictions were in place, Dollarama is still seeing customers visit stores less often. But people are buying more each time they shop: The size of the average transaction increased 26.3 per cent in the 13 weeks ended Nov. 1, while the number of purchases was down 15.2 per cent.

The company reported third-quarter earnings of $161.9-million or 52 cents a share, compared with $138.6-million or 44 cents in the same period last year.

Dollarama has begun to see price pressures emerging in raw materials as well as the cost of freight, which could lead to retailers marking up prices to preserve their margins, Mr. Rossy said. Dollarama’s approach continues to be that it will follow others on markups rather than moving first, CFO Mr. Ross added.

E-commerce sales have spiked during the pandemic, and many retailers have moved to offer store pickup for online orders, but Mr. Rossy said that for now, Dollarama continues to see its e-commerce offering as a solution for bulk purchases only. Having store staff pick and pack orders for pickup is not “economically viable” in Dollarama’s price range, at least for the time being, he said. 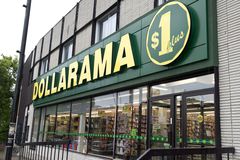 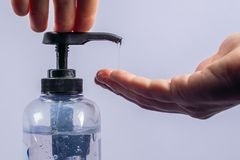