Dollarama Inc. is holding the line on prices in a move that is weighing on the retailer’s growth prospects.

The Montreal-based dollar-store chain, which raised its highest prices to $4 from $3 a few years ago, is resisting price increases in an ultracompetitive market in which rivals also have kept a lid on price hikes.

As a result, Dollarama last year was forced to cut back its same-store sales growth target to between 2.5 per cent and 3.5 per cent from its historic – and enviable – 4-per-cent to 5-per-cent annual forecasts.

Now, as the company prepares to release its fourth-quarter results on Thursday, investors are focused on its outlook for the coming year after its shares slid about 35 per cent over the past nine months, raising questions about whether a stock market star has lost its shine.

“Will they get back to their levels of growth of before?” asked Allan Meyer, vice-president and portfolio manager at Wickham Investment Counsel Inc., which has sold off some of Dollarama’s shares over the past six months. “That’s going to be a real challenge. I think those days are largely behind us.”

For years, Dollarama enjoyed outsized sales and profit growth with a strategy of carefully stocking an increasingly broad array of items, creating a treasure-hunt environment for shoppers while keeping prices lower than rivals. But last year, Dollarama’s efforts started to hit speed bumps as it faced virtually no price inflation among competitors, pushing it to scale back price increases to keep customers. That pinched gross profit margins.

“The main driver behind the slowdown in sales is management’s decision to not raise prices given little to no inflation in the marketplace,” said retail analyst Brittany Weissman at Edward Jones. “While Dollarama’s fundamentals remain strong, this raises the question of whether sales growth will be lower than what’s been seen historically.”

Ms. Weissman argued Dollarama is still positioned for sales and profit growth above the retail average, while its shares deserve to trade at a premium to its peers. However, Dollarama now warrants less of a premium valuation than in the past, she said.

Other analysts trimmed their stock price and earnings forecasts after the chain reported two consecutive quarters of disappointing results and reduced its sales and gross margin outlook. Analysts, on average, now expect Dollarama’s fourth-quarter profit-per-share to be 55 cents compared with 48 cents a year earlier and revenue to rise to $1.07-billion from $938.1-million, according to Refinitiv.

In the meantime, Dollarama is moving to balance consumers’ appetite for bargains with investors’ demand for better profit margins. To draw customers, it started last year to put a bigger spotlight on its lower-priced items – products that cost $1.25 or less.

“We’re more committed than ever to highlight what I feel is a misconception … it’s been said we are no longer a dollar store,” Neil Rossy, chief executive of Dollarama, told analysts in December. “But in reality, we still have a ton of less-than-a-dollar, $1 and $1.25 items. And so we’re going to make an effort in the next year or so to highlight, in our stores, the [products] at $1.25 or less.”

The retailer may offer even more merchandise at those lower prices if it needs to sway customers to purchase more, he added.

Dollarama has other tools to tinker with pricing, such as offering fewer pencils in a smaller pack at a higher price or reducing the amount of plastic in a bowl to make it thinner, but charge the same price as previously, Mr. Rossy said. There are "ways to engineer the products in almost all products to make sure that it fits within our price points,” he said.

As well, the company has installed new technology that allows it to lower costs by tracking merchandise demand better to improve product offerings and scheduling labour more efficiently, he said.

At U.S.-owned rival Dollar Tree Inc., its Canadian division generated a “mid-single digit” same-store sales gain in its fourth quarter, its executives said. Its consumer-goods sales (such as food) outperformed those of discretionary products (such as home decor), the latter of which yield higher profit margins.

The softness in discretionary product sales could also affect Dollarama, warned Chris Li, retail analyst at Macquarie Research. Dollar Tree in Canada offers all of its products at a single price of $1.25. But at the urging of a shareholder activist, Dollar Tree is testing multiple prices which, if implemented in Canada, would increase competition, Mr. Li said. Still, the chain has only about 230 stores here compared with roughly 1,200 Dollarama outlets, which is “not large enough to have a notable impact,” he said.

Dollarama has felt its own pressures from New York investment firm Spruce Point Capital Management LLC, which is known as an activist short seller. In October, it raised concerns about the retailer’s “serious fundamental headwinds” and what it believes are unachievable growth targets.

However, some investors are still adding to their Dollarama holdings. Izabel Fils, vice-president and portfolio manager at Franklin Bissett Investment Management, which owned about four million shares as of Dec. 31 and bought more last month, said it views Dollarama as a solid long-term investment. The chain probably will benefit from current economic uncertainty, pushing consumers to purchase cheaper goods such as those at Dollarama, she said.

She pointed to the retailer’s growth opportunities, including its option next February to buy a 50.1-per-cent stake in its Latin American partner Dollar City. As well, Dollarama is only beginning to sell online, while still planning to expand to 1,700 stores. Dollarama is nimble enough to modify its pricing and merchandise as needed, she added.

But other investors are more cautious. “It has been great and now it’s a little bit more difficult to justify with the slowing growth,” said Wickham Investment’s Mr. Meyer.

Reinventing RioCan: Ed Sonshine plots a new course for the REIT as he ponders his own next steps
Subscriber content
March 22, 2019 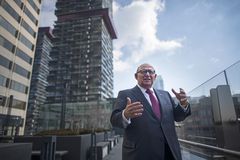 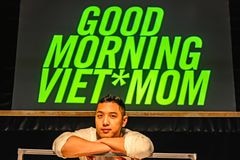 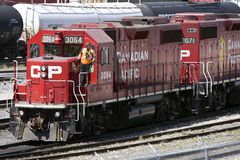