Dollarama Inc. has experienced “off the charts” customer demand for items such as hand sanitizer gels and wipes, and says all retailers and their suppliers are struggling to keep up. But the company’s CEO says that its supply chain is solid and that the company will “do everything possible” to keep shelves well-stocked amid the COVID-19 pandemic.

However, during a conference call on Wednesday to discuss Dollarama’s fourth-quarter results, chief executive Neil Rossy acknowledged that the manufacturers of cleansers “are in over their heads” coping with a global surge in demand.

“As much as we’d like to say that we could turn our store into an antibacterial wipe and antibacterial gel store, it wouldn’t be of any use if we couldn’t get the goods,” he said.

The Montreal-based discount store chain has felt a dual effect on sales as a result of the new coronavirus: First, it saw a flurry of purchases as people stocked up on essential items, such as cleaning products and canned goods. But more recently, store traffic has contracted as people stay home in an effort to prevent the spread of the virus. On the call, Mr. Rossy said he expects overall same-store sales to be down this quarter as people limit their outings.

On Wednesday, Dollarama announced that it would suspend its guidance for expected performance, owing to an inability to predict the impact of the pandemic on Canada’s economy and on shopping behaviours.

Some of Dollarama’s suppliers in international markets stopped production for a number of weeks in February, but have now resumed and ramped up their operations, Mr. Rossy said. As the company refreshes its inventory of the highest-demand items, it is holding them back from online sales in favour of restocking shelves at its bricks-and-mortar stores, the vast majority of which remain open.

"When I’m able to buy an extra 250,000 hand sanitizer bottles, for example, which I did last week, I won’t allocate any of them to online sales, even if I could sell all of them online in a day," Mr. Rossy said. "The reason we are considered an essential service by the government of Canada is because we have the goods that people need at store level.“

Meanwhile, sales of “discretionary” items, such as Easter-related merchandise, have taken a hit.

Most of Dollarama’s stores in Canada – 1,237 out of 1,291 – have remained open. A number of the stores that have shut down temporarily are in Quebec shopping malls, which have been forced to close. Roughly 25 per cent of the chain’s store locations are in shopping malls – even those that remain open have seen a major dip in traffic, with sales down more than 50 per cent in the past week compared with the same time last year. The rest of the chain has also experienced a decline in traffic, but at much less drastic levels.

As many retailers have done, Dollarama has stepped up cleaning and sanitizing procedures in its stores, with a focus on areas such as cart handles, door handles, checkout counters and pin pads. The stores have also added an additional staffer in every store whose sole responsibility is safety and sanitization, including limiting the number of people allowed into a store at one time. Customers are being encouraged to pay with debit or credit cards when possible, and to bag their own purchases in their own reusable bags.

At its warehouse, Dollarama has instituted new policies to take employees' temperatures before shifts begin, to clean machinery more often, and to encourage physical distancing between workers.

The company has faced some absenteeism but has enough staff to continue operations, Mr. Rossy said, adding that Dollarama has emphasized that coming to work is based on each staffer's comfort level and that no one would lose their job because they chose to stay home. The chain is currently hiring more workers.

Mr. Rossy said the chain is hoping not to raise prices, but its costs are affected by the value of the Canadian dollar as well as suppliers raising their wholesale prices in response to rising costs of materials. For example, the price of ethyl alcohol – a key ingredient in sanitizers – has risen in the past week, Mr. Rossy said, which could eventually have an impact at retail.

"At some point it will get passed on," he said.

On Wednesday, Dollarama reported sales of $1.07-billion in the quarter ended Feb. 2, 2020, up from $1.06-billion in the same quarter the year before. This year’s 13-week quarter was a week shorter than the same period in the prior year; on a comparable 13-week basis, sales grew 6.3 per cent.

The growth was driven partly by the opening of new stores: The company opened 20 net new locations in the fourth quarter, and 66 net new stores over the course of its fiscal year. Comparable store sales – an important metric that excludes the impact of store openings by tracking sales at stores open more than a year – were up 2 per cent in the quarter, or 3.8 per cent if compared on a 13-week basis.

The company reported net earnings of $178.7-million or 57 cents per share in the fourth quarter, up from $171-million or 54 cents per share in the prior year.For the full year ended Feb. 2, 2020, Dollarama reported sales of $3.79-billion, up from $3.55-billion in the prior year, which was one week longer. Comparing results on a 52-week basis, overall sales grew 8.5 per cent, according to the company, which comparable store sales were up 4.3 per cent.

Overall transactions grew just 0.9 per cent over the course of the year, Dollarama’s sales growth was driven by customers buying more items per visit. The company said that on average it saw a 3.4-per-cent increase in transaction sizes.

Amid the jobs implosion, some companies are rapidly hiring
March 27, 2020 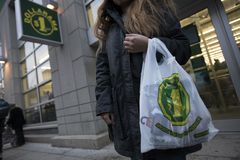 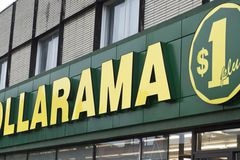