Facebook was under pressure early this month as the Cambridge Analytica scandal erupted. Amid calls to feed the social-media giant to the wolves, CEO Mark Zuckerberg faced a grilling from a U.S. Senate committee. Facebook shares plunged.

Today, Facebook once again seems unstoppable. After blowing through analysts’ quarterly profit and revenue forecasts on Wednesday, the shares took off the next day, climbing 9 per cent. Privacy concerns be damned; the company is still evidently a growth story, giving comfort to investors that Big Tech is alive and well. Amazon seems unstoppable, too. Its market value is up by two-thirds in the last year, taking its value to US$707-billion, the equivalent of more than a dozen General Motors, as the online commerce juggernaut lays waste to Main Street retailers.

Is the worst over in tech land?

Perhaps for the very largest digital players – Facebook, Amazon, Alphabet (Google) – each of them dominant in its field and apparently unassailable. But the layers of tech and new-economy companies below them, including the “unicorns” – the private names valued at US$1-billion or more, many of them going public – could be on a different planet. Some are flat-lining. Others are firmly in correction territory, or worse. Still others give signs that they won’t make it.

One unicorn that is coming under pressure is WeWork, a hip new-economy company that treats offices to cool designs and the latest communications technology and rents shared space by the month or the year to startups, entrepreneurs and small businesses. It appears the concept is in trouble in spite of WeWork’s heady US$20-billion private valuation.

To keep the show on the road as it bleeds cash, WeWork just sold US$702-million in junk bonds carrying a hefty 7.875-per-cent interest rate. And it is resorting to unorthodox accounting to show that it can be profitable. Ever heard of “community”-adjusted EBITDA?

That’s adjusted earnings before interest, taxes, depreciation and amortization from which WeWork’s financial wizards deducted a whole range of other expenses, including marketing, administration, development and design costs. Voilà! – the negative adjusted EBITDA turned positive. S&P expects “meaningfully negative” cash flow from WeWork this year and next as the company expands. Here’s guessing that WeWork’s US$20-billion valuation contains more than a few molecules of helium. Its biggest competitor, IWG (formerly Regus) issued a profit warning in October that knocked down the share price by a third.

What makes a unicorn worth, say, US$10-billion as opposed to US$5-billion? That’s easy. If a venture-capital firm, say Softbank, the biggest single source of capital in Silicon Valley, buys into the unicorn at double the previous share price, the business is automatically deemed to be worth double (even though those shares have not been tested on the stock market). But look what’s happening: Some of the unicorns’ latest capital-raising rounds are subtracting from the previous valuations.

Take Uber, the mother of all unicorns. It is being prettied up for an initial public offering but is still burning cash at an alarming rate. Last year, the ride-hailing company lost US$4.5-billion; the year before, the adjusted net loss was US$2.8-billion, excluding the loss of about US$1-billion it took on its China business, which has been sold. Uber’s second-to-last financing valued the company at a lofty US$68-billion. In late 2017, Softbank’s Uber investment knocked the valuation down to US$48-billion.

Could Uber’s next financing push it down again? It could. Your first clue comes from the expanding number of cities and countries that are making life difficult for the company. UberPop, its cheapest service, is banned in Italy, France and Germany. Uber is banned in Vancouver and its licence was not renewed in London. (Uber continues to operate there while it appeals the decision.) Meanwhile, the competition is heating up.

Some hot tech companies that have gone public with great fanfare have lost ground, too. Take cloud-storage company Dropbox. Its March IPO, at US$21 a share, valued the company at US$7.1-billion, nearly a third below its worth in 2014. While the IPO was a success – the shares reached US$33 in early April – it has been downhill ever since. They’re now below US$33.

Many other unicorns have gone public at prices well below their valuations as private companies. The list includes software company Cloudera, whose IPO a year ago valued the company at less than half its private price. The company now trades below its US$15 IPO price. The IPO of Hortonworks, a distributor of enterprise data management software, also came in significantly under its private valuation. Four years after its stock-market listing, it trades at only a few dimes above its US$16 IPO price.

The unicorn craze seems to be fading. Clearly, the private valuations of some of these companies were wildly overdone. Don’t let the juggernaut performance of the biggies like Amazon fool you. All is not well in tech land. The mid-level tech selloff may just be starting. 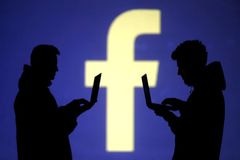 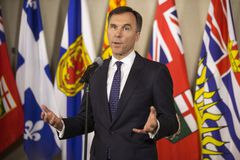 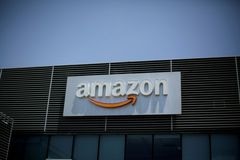