Eric AtkinsTransportation Reporter
Published May 30, 2019 Updated May 31, 2019
For Subscribers

Transat A.T. Inc.’s $520-million deal to sell itself to Air Canada was called into question on two fronts yesterday, as its largest shareholder urged it to drop out of the deal and the Quebec Economy Minister suggested a “100% Quebec" solution is needed.

Peter Letko, of Montreal-based investment manager Letko, Brosseau & Associates Inc., said Transat should not consider any offer until it restores its profitability by raising air travel and vacation prices.

“We don’t think this is an opportune time to be selling the company,” said Mr. Letko, whose firm owns about 20 per cent of Transat and 12 per cent of Air Canada.

Transat said on May 16 it is in a 30-day period of exclusive talks with Air Canada to sell the company for $520-million, or $13 a share. The deal, which has not yet been presented to shareholders, requires approval of two-thirds of Transat investors. Transat is Canada’s third-largest airline, with about 40 planes and 5,000 employees.

Two other investors, Fonds de solidarité FTQ and Caisse de dépôt et placement du Québec, hold 12 per cent and 6 per cent, respectively, according to Bloomberg data. This gives the three Quebec-based stockholders a 38-per-cent share – enough to block the deal should they decide to act together.

Mathieu St-Amand, a spokesman for Quebec Economy Minister Pierre Fitzgibbon, said the province favours a buyer “that will keep the headquarters in Quebec.” It wants “the centre of decision-making and jobs” to remain in the province, he said.

The government sees Air Canada as part of a “Quebec solution” and is not excluded from the running.

“We’ve always said that Air Canada is also a Quebec solution,” he said.

Mr. St-Amand added: “If there are other [possible buyers], the Quebec government will support them if they have a serious business plan.” He said the provincial government is a “spectator” and the transaction remains between two private businesses.

A spokesman for Fonds de solidarité declined to give an opinion on Air Canada’s offer, saying the fund is analyzing the bid and that no firm offer has been presented to shareholders. Spokesmen for the Caisse and Air Canada declined to comment.

Christophe Hennebelle, a spokesman for Transat, said the two sides remain in the negotiations and due diligence phase. Any shareholder vote would take place two to three months after Air Canada and Transat sign a definitive agreement, he said, declining to comment on the opinions of Mr. Letko or any shareholder.

Transat has been unprofitable in six of the past nine quarters, on an adjusted basis, and posted a loss of $36-million in the first quarter. Between 2015 and 2018, revenue declined by 16 per cent to $3-billion.

The airline’s profitable summer trans-Atlantic business has also faced growing competition over the past few years, which has raised questions about Transat’s future pricing power on these flights.

In a phone interview with The Globe and Mail on Thursday, Mr. Letko said Transat has not kept pace with rising costs caused by oil price fluctuations and the increase in the value of the U.S. dollar. He noted Air Canada and WestJet Airlines Ltd., in which he also has large stakes, have been able to raise prices and post profits.

Transat should be able to increase the average vacation package price of $1,000 by 3 per cent – $30 – without hurting sales, he said.

“We think the other guys have done a better job, so Transat has got to address that,” he said. “It would be much more advantageous to be selling the company, if that’s what all the other shareholders want to do, to be selling it when that stuff is repaired.”

Transat said in late April it had fielded interest from more than one party, but within two weeks said it decided to negotiate solely with Air Canada.

Air Canada, which is based in Montreal, pitched its deal as a “made-in-Quebec” proposal that would secure jobs. Analysts noted the takeover would also remove a key competitor while giving Canada’s largest airline access to a desirable fleet of new Airbus jets.

Benoit Poirier, an analyst with Desjardins Securities, said he is confident Air Canada’s offer will be finalized, but a higher price might be needed to cement the deal. He said Air Canada appears to be the only suitor for Transat, and other would-be bidders could have trouble offering a higher bid.

Beyond Transat’s own competitive problems, the industry is facing structural changes that include millennials preferring to map out their own plans and booking their vacations on websites such as Trivago or Expedia.

With reports from Tim Kiladze

Boeing could offer cash to airlines over 737 Max
Subscriber content
May 29, 2019 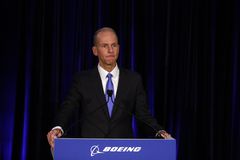 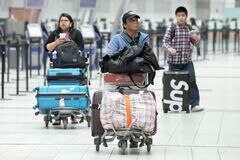 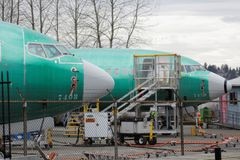