The bike unit, Dorel Sports, is the company’s most profitable division, driven in the past year by a boom in demand for bicycles related to the COVID-19 pandemic. In its most recent quarter, Dorel Sports had US$317-million in revenue, up 11 per cent from same period the previous year.

Dorel shares climbed more than 102 per cent to $21.09 on Tuesday after the announcement, closing at their highest since October, 2018.

Cerberus Capital Management had tabled a $520-million offer for the company at the beginning of the year, but Dorel terminated talks in February after shareholders opposed the deal, saying it was undervalued.

“I’m generally pleased with this,” said Peter Letko, co-founder of Letko Brosseau & Associates Inc., a Montreal-based investment manager that opposed the Cerberus takeover, and owned 12.5 per cent of Dorel’s class B shares at the time.

“I’m always a little disappointed to part with businesses, especially good businesses, and I think the bicycle business these guys have built is a good one. … But I think it was done in a fair fashion. I think we’re getting a reasonable price.”

Dorel Sports makes bicycles for customer segments from young children to competitive cyclists, and owns popular brands such as Cannondale and Schwinn, which make standard and electric two-wheelers.

The company said in a news release that it will use the proceeds of the sale to pay down debt and return capital to shareholders. It did not specify how it would return the capital, or say whether it plans a special dividend. The company said it expects the deal to close before the end of the first quarter of 2022.

With the acquisition, Pon will become a global leader in bike manufacturing. Its current portfolio includes Royal Dutch Gazelle, the largest bike maker in the Netherlands, and Canadian manufacturer Cervélo Cycles. The combined company will earn $3.6-billion in annual revenue, according to a news release from Pon.

“The divestiture of Dorel Sports represents a unique opportunity to unlock value by capitalizing on strong demand for scaled assets in the bicycle segment,” Dorel president and chief executive Martin Schwartz said in Dorel’s news release. “While making the decision to sell Dorel Sports has been difficult, we are confident that this transaction represents full value for Dorel shareholders.”

A spike in the number of people bicycling for leisure and transportation since the beginning of the pandemic has been met over the past year by a global shortage due to disruptions in supply chains. The United States had US$6.7-billion in bicycle sales over the 12 months through March, a 77-per-cent increase from the previous 12-month period, according to NPD Group, a market research firm.

Dorel’s sports division booked more revenue than the company’s juvenile unit or its home unit, both of which are struggling amid the pandemic. The juvenile division makes products for children such as cribs and car seats, while home manufactures furniture. In this week’s news release, Dorel said “inflation and a highly stressed supply chain are forcing Dorel to reduce its outlook” from August. 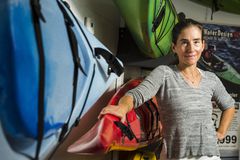 These businesses have seen a surge in demand for their products during the pandemic. Will they be able to keep the momentum going?
September 4, 2021 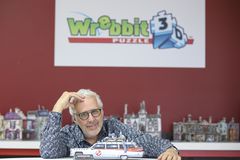 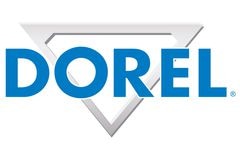