The American tariff on Chinese imports affects some products that Dorel manufactures, including bicycles and furniture. Dorel makes Schwinn and GT bicycles and other sports gear; home-furnishing brands such as Ameriwood Home and Dorel Living; and baby-goods brands such as Safety 1st and Maxi-Cosi. It supplies products to a number of U.S. retailers including Walmart, Sears, Amazon.com, Wayfair, Dick’s Sporting Goods and Kmart.

Dorel does not disclose how much of its production is sourced in China, but the company said the tariff, raised to 25 per cent in May, “is having a much greater impact on the business than the original implementation of 10 per cent introduced a year ago." It added that the decision to cut the dividend from 15 US cents a quarter to zero came after a review of the company’s preliminary third-quarter results.

Dorel’s class B stock plunged 32 per cent in response to the news to $6.18 per share, its lowest level in more than 20 years.

The news highlights the growing struggles facing consumer-goods suppliers and retailers as the U.S. tariffs ripple through manufacturing and distribution chains. Some U.S. retailers have warned consumers should expect higher prices, while others have vowed to resist any price increases sought by suppliers.

Dorel raised its prices this summer to cope with the higher tariffs, but some competing manufacturers as well as some retailers hesitated to raise prices to the same extent, or on the same schedule, Dorel CEO Martin Schwartz said in the statement. Where prices did rise, some customers chose different products. That led to an imbalance in the company’s product mix, delaying a program to balance inventory that was supposed to address higher warehousing costs.

“The net result of these challenges is that Dorel Home’s expected gross margin improvement from first half levels will be delayed to the beginning of 2020,” Mr. Schwartz said. Margins are also lower in its sports business at mass merchants, the statement added.

Dorel’s business was also impacted by U.S. retailers delaying their Christmas-season deliveries and by the rising U.S. dollar. Dorel will report results next Tuesday.

“Given the number of headwinds facing the company over the recent quarters, we are not entirely surprised by the announcement,” RBC analyst Sabahat Khan wrote in a brief research note on Tuesday. “The commentary, however, indicates that the [third-quarter] results are likely to be well below our prior expectations given the headwinds noted across the company’s three segments.”

Many industries moved up their purchases of Chinese-sourced products at the end of last year, in anticipation of higher tariffs. More demand pushed up overseas shipping costs, as well as higher warehouse costs to store the increased inventories, Dorel said in its annual report.

U.S. industry group the National Retail Federation has criticized the tariffs imposed by the Trump administration.

“We urge the administration to end this trade war and come to an agreement that results in a complete roll back of the existing tariffs,” NRF president and CEO Matthew Shay said in a statement last month. “This trade war has gone on far too long, and the harmful consequences for American businesses and consumers continue to grow.” 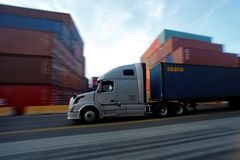 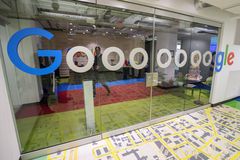