Shoe retailer DSW Inc. is gearing up to expand its discount offerings in Canada after shedding its mid-priced stores in an industry shakeup in which consumers are increasingly hunting for bargains.

The U.S.-based company, which operates discounters The Shoe Company and Designer Shoe Warehouse (DSW), closed all of its 38 money-losing Town Shoes stores over the past six months, a victim of shoppers shunning mid-priced footwear. Last month, Payless ShoeSource Canada Inc. said it was closing all 248 of its outlets in this country after its U.S. parent collapsed in bankruptcy proceedings.

DSW is poised to add as many as 50 physical stores – possibly 30 Shoe Company and 20 larger DSW – to its current 140 in Canada in the next few years, said Mary Turner, president of DSW’s Canadian division. At the same time, it is racing to beef up its e-commerce, betting on fewer suppliers for better pricing, and looking at introducing nail bars (offering pedicures and manicures) and repair services to lure shoppers to its stores, she said.

“This definitely has created significant opportunities for us at a time when we are ready to grab them,” Ms. Turner said in an interview on Monday. “We are in expansion mode.”

Other chains have shuttered, including Nine West and Rockport, as consumers seek deals or high-end offerings but give a cold shoulder to middle-of-the road retailers.

“It becomes a price war about brands,” said Tamara Szames, director of fashion at market researcher NPD Group. “There’s really the hollowing out of the middle retailer.”

Overall sales have slowed in Canada’s $7.6-billion retail market for footwear, moving to so-called off-price retailers that sell well-known brands, such as Nike and Birkenstock, at marked-down prices, or to Amazon.com Inc., Ms. Szames said. DSW is among the off-price chains that are adding stores here, as are U.S.-based TJX Cos.’s Winners and Marshalls, the U.S. Nordstrom’s Rack chain, and Hudson’s Bay Co.’s Saks OFF 5th. Also in recent years, Sears Canada Inc. and Target Corp., each of which carried footwear, shut their stores here.

Total footwear retail sales in Canada last year increased by only 1 per cent after having picked up by 5 per cent the previous year and, in 2014, by almost 7 per cent, according to NPD. The slowdown is more marked among shoe stores, whose 2018 sales slipped 0.6 per cent from the previous year, to $4.1-billion, Statistics Canada says.

Off-price retailers’ sales jumped 15 per cent in 2018, growing three times faster than the previous year, according to NPD.

The off-price model of self-serve with few staff is so attractive that Helena Foulkes, chief executive of Toronto-based HBC, is testing putting shoe boxes out on shelves at its mainstream Hudson’s Bay stores, which also have expanded shoe offerings.

“It’s a different way of thinking about that business,” Ms. Foulkes said in a recent interview.

Beyond the shift to off-price, the shoe business was boosted over the past few years by consumers snapping up more sneakers and other casual shoes, Ms. Szames said. Even so, higher-margin fashion styles, including women’s ankle booties and chunky-heeled shoes, are starting to come back, Ms. Szames said.

Aldo Group Inc. has closed about 30 stores over the past five years, or 10 per cent to 15 per cent of its total number in Canada, but is ready to open new ones in good locations as rivals exit, said CEO David Bensadoun. Still, he said he does not get too “hung up” on whether sales are generated in-store or through e-commerce, which makes up 26 per cent of its sales. Aldo also supplies footwear to DSW and other chains. "If they’re growing, great, we’ll grow with them.”

To gain an edge, Aldo is focusing on sizing consistency in a bid to reduce its online return rate of 20 per cent, which he said is half the industry average. “You cannot do well online unless consumers believe in their hearts that when they order a size 8, it really will be a size 8.”

DSW is taking a leaf from electronics-retailer Best Buy’s playbook in introducing services such as repairs with the plan for nail bars and shoe repairs, Ms. Turner said. “They come in to get a pedicure and they stay and shop.”

She said DSW studied the Best Buy model to develop the services, which are offered at some of DSW’s U.S. stores. Next month, it will test a shoe-care service at its DSW outlet at Vaughan Mills mall, north of Toronto, she said.

DSW, which reports its year-end results on Tuesday, has enjoyed signs of a recovery in the past year or so amid acquisitions and sell-offs. In January, DSW teamed with Green Growth Brands to sell its hemp-derived cannabidiol personal care products at some DSW U.S. stores. The company plans to sell them here when Ottawa approves the sale of such cannabis products, Ms. Turner said. 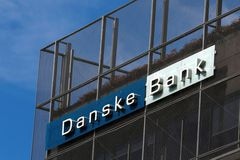 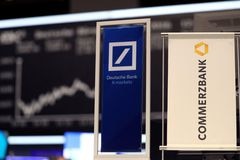 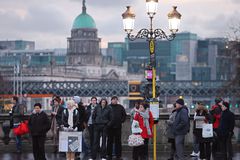