Ultralow interest rates are fuelling debt refinancings from Canadian companies, dramatically improving their chances of enduring the COVID-19 pandemic – and setting them up to thrive in its aftermath.

Over the past two weeks, issuers that include GFL Environmental Inc., Canadian Natural Resources Ltd. (CNRL) and Bausch Health Companies Inc. have all raised cheap debt that boosts their financial profiles. Because investor demand has been so strong, some issuers have raised more than they expected. Last week, Bausch Bausch set out to raise US$1.75-billion but ultimately issued US$2-billion.

Canadian companies were already raising money at record levels in 2020 before the recent refinancing wave. Early in the coronavirus crisis, the Bank of Canada and the Federal Reserve backstopped credit markets by purchasing bonds, which helped keep yields low. This allowed companies to issue affordable debt and build cash reserves to help ride out the storm.

But interest rates are even lower now than in the spring, and companies are refinancing debt at better rates – including speculative-grade companies deemed to be the most risky. The ICE BofA U.S. High Yield index, which tracks the average yield on these bonds, traded at 4.95 per cent last Friday, under its prepandemic level of 5.02 per cent in late February.

At the current pace of financings, the total amount of corporate debt issued in Canada is expected to hit a new high by year end. About $109-billion has been issued since January, which is a year-to-date record.

“There’s just bundles and bundles of cash out there,” Sean St. John, head of fixed income at National Bank Financial, said in an interview. Even though many corporate risk profiles may be daunting in the near term, given the pandemic, investors feel they can’t park money on the sidelines. “Sitting in cash for too long erodes your returns really quickly,” he said.

This demand is also helping Canadian companies extend their debt maturities. GFL GFL set out to raise US$400-million worth of debt that pays 4 per cent annually in order to buy back existing debt that pays 7 per cent per annum and came due in 2026. The company ultimately raised US$500-million, and the new notes do not mature until 2028.

The ability to refinance is a positive development for GFL because it has been a serial acquirer and largely funds its takeovers with debt. GFL’s high leverage is a major headwind, but lowering its cost of debt gives the company much more financial leeway.

The fact that risky companies can refinance in this market is key because many Canadian corporate issuers are high-yield. Of the Canadian companies rating agency Standard & Poor’s covers, it rates 47 per cent of the issuers BB+ or below. Anything below BBB- is deemed to be a junk bond.

However, there are differences between sectors, and the current tide is not lifting all boats in oil and gas. “There’s a real divide between investment grade and non-investment grade,” Victor Vallance, senior vice-president at rating agency DBRS Morningstar, said in an interview.

“Given what’s happened with oil prices, there has been pressure on margins,” he said, which has exacerbated the difference between quality companies and risky companies.

CNRL CNRL is an investment grade issuer, and despite all the pain in the oil sands, the company raised $800-million this month that it will use primarily to refinance existing debt. The new issue was divided into two tranches: A portion that matures in three years will pay only 1.45 per cent annually. In May, rival Suncor Energy Inc. raised three-year debt that pays 2.8 per cent annually, albeit in U.S. dollars.

Some riskier companies can issue high-yield energy debt, but the interest burden is much more hefty. Tervita Corp. focuses on waste management in Canadian oil and gas, and it recently sold 11-per-cent debt to refinance notes that come due next year. Despite the high yield, Moody’s Investors Service upgraded Tervita’s debt rating to B2.

Debt issuance has also surged globally, and S&P expects the total for 2020 to jump 16 per cent over 2019, which would be one of the largest increases ever.

The surge is also unique because it is unfolding while the global economy is suffering. “Normally, issuance and gross domestic product are positively correlated: As GDP rises (or falls), so does bond issuance,” S&P noted in a recent research report. “However, since the second quarter, these two series have moved in opposite directions, and also at historically large magnitudes. One explanation for the recent increase in issuance has been the significant liquidity support central banks have provided.” 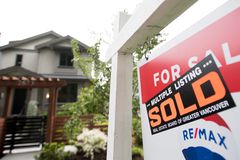 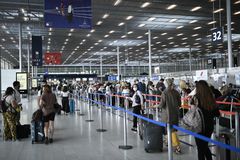 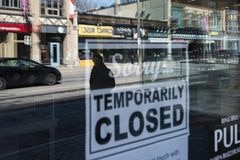