Canadian wealth managers are trying to cash in on investors who are seeking more advice as they continue to navigate their finances through the upheavals of the COVID-19 pandemic.

Ed Dodig, who’s head of private wealth management for Canada at Canadian Imperial Bank of Commerce and oversees the bank’s group of 830 investment advisers and 130 private bankers, says the rise in financial planning requests stems from a number of unknowns that have risen unexpectedly during the outbreak.

As a result, Mr. Dodig is facing an inflection point as the economy begins to move out of the pandemic and banks look to capitalize on the growing number of Canadians who now feel they need more help.

Both individual investors and business owners are looking for broader financial planning that covers topics such as taxes, insurance, philanthropy and – for many high-net-worth and ultrahigh-net-worth Canadians – estate planning to pass on family wealth to the next generation.

“The need for financial advice is greater than ever and involves more than just investment management for someone’s portfolio,” Mr. Dodig said during a recent interview with The Globe and Mail.

“COVID-19 has highlighted that there can be a lot of unknowns that arise unexpectedly so having someone to walk you through those bumps in the road, and plan for those bumps, is extremely beneficial during these times.”

Mr. Dodig has been running the bank’s private wealth division in Canada since 2019, when an executive shakeup at CIBC’s wealth management, capital markets and retail banking divisions placed him at the helm of the bank’s full service brokerage, CIBC Wood Gundy, as well as CIBC’s private banking division and CIBC Investment Counsel.

The appointment meant he has played a key role in meeting one of the bank’s most important growth targets: a plan to hit $11-billion worth of referrals over three years by connecting existing clients with other areas of the bank – particularly wealth management, commercial banking and retail banking – by the end of 2020. Among the referrals targeted by the bank is an effort to provide executives from companies with commercial banking business at CIBC with personal private banking packages.

By the end of the year, the bank surpassed its expectations, referring a total of $14.7-billion worth of client business.

The push to deepen client relationships across wealth management and commercial banking business isn’t a novel idea. Several other Big Six banks have been pursuing the same strategy in hopes of attracting a greater market share of high-net-worth clients – individuals with investable assets of $1-million or more. The goal is to cross-sell services to those clients throughout the bank.

CIBC began to transform its wealth management business in 2016, when it merged its investment advisers in its brokerage with specialists in its private banking division. Investment advisers typically help clients manage their investment portfolios and set up financial plans, while private bankers generally cater to high-net-worth individuals looking for a dedicated banker. In addition to serving their clients’ day-to-day banking needs, private bankers offer specialized services such lending and tax planning.

Over the past decade, major banks have been tailoring their branch networks to increase their focus on wealth management, as $1-trillion in personal wealth is set to be passed down into the hands of younger generations over the next decade or so. As part of the shift, CIBC’s Canadian wealth management division has been growing steadily, bringing in $700-million in revenue in the bank’s second quarter for fiscal 2021, compared with $595-million for the same quarter in 2019.

Part of the revenue comes from CIBC Wood Gundy, which together with CIBC private banking, manages more than $250-billion in assets in 80 branches.

When Mr. Dodig took over the reins at CIBC Wood Gundy two years ago, satisfaction levels for the bank’s investment advisers were far from great. In a widely-followed annual industry survey by Investment Executive newspaper in 2019 – conducted several months before Mr. Dodig took over – CIBC Wood Gundy advisers ranked their firm below industry averages in all 33 of the survey’s categories.

Complaints included a lack of stability, compensation woes and a poor corporate culture, placing the firm as the lowest-rated investment dealer among the bank-owned brokerages, with an overall score of 7.5 out of 10.

At this low point for employee morale – in May, 2019 – Mr. Dodig took over the brokerage operations, replacing Peter Lee, who had led the firm since 2016. (Mr. Lee was moved to retail banking.)

For many advisers, it was a surprise, as Mr. Dodig was the former head of global equity markets for CIBC’s investment bank. Some were unsure whether a new leader from outside the brokerage business would understand their needs.

And then there was the elephant in the room: Ed Dodig is the younger brother of CIBC chief executive Victor Dodig. The appointment raised eyebrows and spawned comments of nepotism.

Ed, however, doesn’t hesitate to say his promotion was very much based on his long and varied experience at CIBC, after working for more than 31 years at the bank.

“After spending 25 years of my career in very senior positions across CIBC, it was very much a function of whether I was capable [to do the job], to be honest with you,” Mr. Dodig said. “I don’t think my relationship with Victor is what caused it to happen.”

“I don’t get too consumed myself around the relationship with my brother. We are both very fortunate to be raised in a real humble home where you are focused on hard work, excellence, respect and team work … and many of these values are shared with many of my colleagues,” he added.

Both Ed and Victor’s relationship with CIBC stems from their father – an immigrant from Croatia who opened his first bank account at a CIBC branch in Toronto.

The two brothers both started their careers straight out of high school as retail bank tellers at the same suburban CIBC branch near their home in Mississauga. Being six years apart, the two never worked at the branch together, but the experience sparked an early love for finance as both brothers went on to pursue careers in financial services after graduating from the University of Toronto.

While Ed has spent the majority of his career walking the trading floor, his roots are in wealth management. After obtaining his chartered financial analyst designation in 2001, Mr. Dodig joined CIBC Imperial Service, a segment of the retail bank that caters to so-called mass affluent Canadians with more than $100,000 in investable assets.

His résumé – which also includes time with the bank’s insurance arm – was one of the first things Mr. Dodig shared with advisers as he travelled across the country for face-to-face introductions in 2019.

“I spent the first four months on planes, trains and automobiles just getting across the country and connecting by e-mail or phone with our front line so they could get to know who I am,” he said. “It took a lot of listening when I first stepped in because I wanted to understand what was important to them and open up a good dialogue with them.”

The dialogue has paid off. Now, two years later, CIBC Wood Gundy’s investment advisers rate their firm an 8.5 overall in the same Investment Executive report this year. The firm saw scores increase by 0.5 or greater in more than a dozen categories, including leadership stability, strategic focus and the firm’s receptiveness to adviser feedback.

Throughout the pandemic, like many leaders who have had their entire staff continue to work remotely from home, Mr. Dodig has turned to technology to maintain an open dialogue with his team. He has also relied on technology to increase the number of investment advisers at the firm – adding 12 new adviser teams so far this year. His goal is to add 15 to 20 advisers a year.

“As we continue the vaccine path and make sure we stay socially distanced, we can pull ourselves out of this eventually,” he said. “But the investments that we have made during these 15 months, to be able to interact remotely with clients and advisers in the way they want, has provided us with the more modern technology that we have always wanted and that will only improve.” 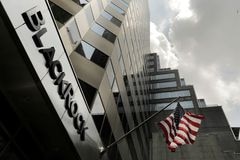 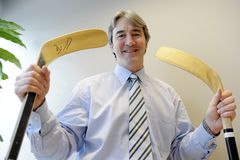 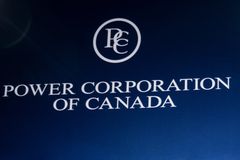