Canada’s export bank says it will not disclose the findings of an internal review of business dealings by Paul Lamontagne, chief executive of its development finance subsidiary, who left last week after less than three years in the post.

FinDev Canada, a subsidiary of Export Development Canada, was launched by the Trudeau government in late 2017 with $300-million in seed capital in an effort to use business investments and loans to fight poverty in the developing world. It is now searching for a new CEO.

Prime Minister Justin Trudeau, in a speech last year, cited FinDev as an example of his government’s new “tools for the modern era."

Anil Handa, an EDC spokesperson, said the board of FinDev requested an “independent assessment” of Mr. Lamontagne’s dealings at a controversial South African company, Sagarmatha Technologies Ltd., where he was chief executive and later chairman in 2017 and 2018. The company was one of the focuses of an official South African inquiry into the country’s state-run Public Investment Corporation (PIC).

Asked about the findings of the FinDev review, Mr. Handa told The Globe and Mail: “We cannot share any additional information for confidentiality reasons.”

Mr. Lamontagne could not be reached for comment on leaving the development organization.

His departure from FinDev, which took effect on Friday, was announced earlier this month. No reason was given. “Paul has decided to step down as CEO to pursue other opportunities,” Mr. Handa told The Globe.

The announcement said Mr. Lamontagne had “completed the job he signed up for” by leading FinDev through its startup phase and building its capacity and partnerships.

Mr. Lamontagne was appointed as head of FinDev in February, 2018, although he remained chairman of Sagarmatha until July, 2018.

In March this year, a report by the South African inquiry concluded that Sagarmatha Technologies was involved in an attempt at stock-market manipulation when it sought a public listing in early 2018.

The 995-page report uncovered a series of improprieties at PIC, which invests the pension assets of government employees. One of the transactions it cited was a secret agreement signed by PIC’s chief executive officer to support Sagarmatha’s attempted stock listing.

The report did not name Mr. Lamontagne, but it criticized PIC and Sagarmatha for secretly agreeing to a deal that would have allowed Sagarmatha to list its shares at a price almost five times higher than what PIC would pay and almost six times higher than PIC’s internal valuation. This pricing was “clearly market manipulation,” the report said.

As CEO of Sagarmatha in late 2017, Mr. Lamontagne described the company as “the Africa Facebook, the Africa Bloomberg” and predicted it would have a “global audience reach” of more than a billion people by 2020.

A spokesperson for FinDev, responding to queries from The Globe in March, said Mr. Lamontagne had followed “all due procedures” for all matters at Sagarmatha, including valuations, and had not been questioned by the inquiry or accused of any wrongdoing.

Mr. Lamontagne is the second top executive to depart from FinDev this year. FinDev said in June that its chief investment officer, Suzanne Gaboury, would not be returning to FinDev after being seconded to Global Affairs Canada.

Some analysts have suggested that FinDev’s seed capital of $300-million is too small to make a significant impact. At other G7 countries, development-finance institutions (DFIs) have tended to have much bigger funds.

“After watching the Canadian DFI file for 20 years, it was exciting to see FinDev Canada finally launched in 2018,” said Chris Roberts, a political scientist and Africa specialist at the University of Calgary who has studied development finance institutions.

“But barely two years later, its two senior leaders are out, other early hires are long gone, and I’m left with a sense that Canada lost its opportunity to make a distinctive mark in development finance,” he said.

During its first two years of operation, FinDev announced more than $120-million in financing projects in developing countries. Some analysts, including Mr. Roberts, suggest it tended to add its investments to companies at a relatively late stage, when valuations and expected impact were inflated.

Boris Martin, CEO of the non-profit group Engineers Without Borders Canada and a member of FinDev’s Advisory Council, said he was surprised by Mr. Lamontagne’s departure and doesn’t know the reasons.

FinDev, under Mr. Lamontagne, has done excellent work in many areas and deployed its capital at a good pace, putting gender equality at the forefront of its investments, Mr. Martin said. But its investments, so far, have been made alongside other financial institutions, rather than taking a leadership position, he noted. 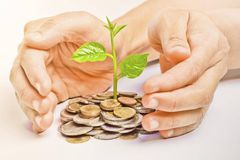