Shares of Toronto drug developer Edesa Biotech Inc. soared Monday after it revealed data showing that some of the sickest COVID-19 hospital patients who took its experimental drug greatly improved their chances of survival.

Edesa’s stock price rose by as much as 97 per cent Monday on the NASDAQ after the clinical-stage biotechnology company said COVID-19 patients who received its single-dose antibody treatment in an efficacy trial died at a 68.5 per cent lower rate over a four-week period than those who didn’t.

Two out of 14 people who took its antibody, called EB05, died, while seven out of 19 in the trial who didn’t take the antibody died, according to the independent Data and Safety Monitoring Board, which analyzed the results. All 33 patients were on life-support machines that oxygenated their blood.

Share volume on the day exceeded 154 million, more than 11 times the total number of shares outstanding.

Edesa said while the study was primarily designed to prepare for a more expansive study, the board concluded the results from the subset of patients had revealed “a clinically important efficacy signal” and met its objective. So far, Edesa has enrolled more than 550 patients for the expanded study.

“This is huge,” Par Nijhawan, Edesa’s chief executive officer, said in an interview. “Once you end up in an intensive-care unit with COVID-19 your chances of having severe lung injury and even passing away go up dramatically. If we could prevent those deaths, save the number of days in the ICUs, then it doesn’t matter what variants we have.”

Peter van der Velden, a company director and managing general partner with Edesa investor Lumira Ventures, said, “This looks like phenomenal data for the company that continues to support our thesis that this could lead to a transformative therapy for patients. It positions the company well for the next clinical trial.”

Brian Bloom, CEO of Toronto life sciences investment bank Bloom Burton, said the initial published data “looks very compelling in the 33 patients selected. … It could be an important drug in the fight against COVID, if this result is confirmed” in a larger study.

Dr. Nijhawan said Edesa would talk to regulatory bodies to see if it could gain expedited approval to sell the drug under emergency-use provisions. “My suspicion is we’ll still need to do more work to get to that level,” he said.

NASDAQ-listed AbCellera Biologics Inc., Canada’s most valuable biotech company, is also in the antibody business; it has booked hundreds of millions of dollars in revenue from its COVID-19 antibodies developed with Eli Lilly & Co.

Edesa was founded by Dr. Nijhawan, a Mayo Clinic-trained gastroenterologist, in 2015, the same year he sold his specialty pharmaceutical company Medical Futures Inc. for $25-million. Dr. Nijhawan set out to build Edesa as an immunocology business, focusing initially on treatments for chronic contact dermatitis, a skin rash caused by allergic reactions, and hemorrhoids.

Edesa pivoted into the COVID-19 treatment business last year. A Swiss company that had licensed two antibodies to Edesa to develop immune-related treatments told Dr. Nijhawan that one of them had shown promise as a potential treatment for acute respiratory distress syndrome (ARDS), which causes fluid to leak into the lungs, making breathing difficult and often leading to death. It’s a condition that affects three million people a year globally, and that number could rise by 50 per cent as a result of the pandemic.

The 16-person team at Edesa figured EB05 could slow the condition that leads to the buildup of fluid in acute COVD-19 patients, and focused its development resources on the licensed molecule. Edesa also got a $14-million contribution from the federal government’s Strategic Innovation Fund this year.

“This is an exciting moment,” Dr. Nijhawan said. “This is a technology that’s easily accessible and scalable and it’s a made-in-Canada solution. We now have a drug that could potentially save thousands, if not millions of lives globally.” 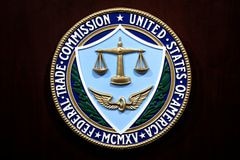 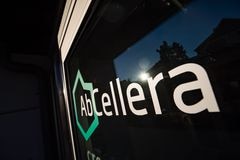 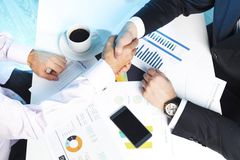