Education, not gender, is the dividing line in Canada’s K-shaped recession.

Much has been written about the she-cession, the notion that women have lost much more ground than men in the jobs market during the pandemic, and recovered that ground more slowly. Indeed, the federal Liberal government pointed to the she-cession as a key reason for its proposal to spend billions on child care in the next five years, arguing that spending on child care would reverse the disproportionate job losses by women.

Employment data broken down just by gender do indicate that women have fared worse than men in the core group of workers from the age of 25 to 54. Add in parental status, and the picture is much the same: working mothers have lost jobs at a faster rate than working fathers, whose employment rate in May was only slightly lower than before the pandemic.

But once education levels are added into the mix, that gender divide fades into the background, according to new labour force data from Statistics Canada. Poorly educated workers, whether women or men, have been hardest hit, whether or not they have young children. Education levels, economists say, are a proxy for earnings, meaning that it’s lower-paid workers that have borne the brunt of job losses as retail and other parts of the service sector were shuttered by public-health restrictions.

The trends that emerge from those data indicate that child care won’t be a solution to a short-term recovery in employment, or at least not a panacea. That doesn’t erase the long-term economic gains expected from expanded child care. But it does mean that more targeted measures such as retraining (and careful attention to the levels of income support benefits) will be key to speeding up employment gains for the most affected workers as the pandemic fades.

For University of Waterloo economics professor Mikal Skuterud, the labour force data contradict the narrative that pandemic job losses were primarily about the lack of child care pushing women out of the work force. “Among the prime age population, there isn’t a big gender difference,” he says. “There are other differences that are probably more important and account for more of the challenges going forward.”

As the chart below shows, women and men with at least a bachelor’s degree, and with children under 13, have largely shaken off the effects of the pandemic. Indeed, the employment rate for highly educated women with younger children in May, 2021, was higher than in the comparable prepandemic period of May, 2019 – the strongest gains for any slice of workers by gender, education level and parental status. Highly educated fathers did well, just not quite as well.

Benjamin Tal, CIBC World Markets deputy chief economist, said the same trend of education as the demarcation point in employment trends shows up in the United States. That underscores the asymmetrical nature of the pandemic economic crisis, he said. “The damage is very, very deep but very narrow.”

That’s not to say that gender plays no part. As the chart below shows, fathers with less education didn’t experience the same kind of drop in employment rates as their female counterparts in the early days of the pandemic. But both groups still lag prepandemic employment levels.

Economist Armine Yalnizyan, who coined the “she-cession” expression, agrees that workers’ education levels are key to understanding how the pandemic has affected labour markets. Ms. Yalnizyan explains that education levels are really just a proxy for wages; those with less education generally end up with lower-paid jobs. Those lower-paid jobs are abundant in the sectors that have been hardest hit by public-health restrictions. Conversely, higher-paying professional jobs have been largely insulated from the grasp of the pandemic; in part, that’s why highly educated workers have fared so well.

However, Ms. Yalnizyan says that in her analysis of the Statscan data, there’s still a gender gap and that the she-cession is very much a relevant concept. For the most part, she says, men fare better than women in similar circumstances.

Additionally, the employment data do not capture some of the undercurrents in the labour market, notes Wilfrid Laurier University economics professor Tammy Schirle. Some women, while counted as employed, have reduced their work hours. Married and single mothers may have had very different experiences. And any set of numbers cannot tally the stress that parents have had to endure as they juggle work with the new duties of online home-schooling.

If lack of child care was the chief driver of employment losses, women without young children should have been better off than working mothers. But the reverse is true, once education levels are included. Before the pandemic struck, employment rates for less educated women without children under 13 and highly educated women with children were not that far apart, as the chart below shows. Employment rates for both groups dropped with the onset of the coronavirus, but the less educated cohort have yet to recover from those losses, opening up a gap based not on gender, but on education.

And the education effect is, in some cases, strong enough to overcome the gender gap that has historically worked to men’s advantage. In May, 2019, employment rates for less educated men without younger children were higher, at 80.9 per cent, than for highly educated women with younger children, at 79.4 per cent. Fast forward two years, and that gap has reversed, as the chart below shows, with the employment rate for those women sitting at 82.2 per cent and those for men still depressed at 75.6 per cent. (The relatively small size of Statscan’s samples for these data mean that the gap could be bigger or smaller or in a different direction for a given month. But the persistence of the gap over several months indicates it is not a measurement error.)

Ms. Yalnizyan says the Statscan data make it clear that expanded, affordable and safe child care has a circumscribed role to play in the recovery of employment. In the longer term, the economic merits of child care are clear, in boosting the ability of parents – women for the most part – to work, with resulting increases to the labour force and economic growth. But in the very short term, child care won’t do much for workers without jobs to return to. “The rest is going to be about job creation,” she says.

National job training strategies that create a path for displaced workers to looming needs in health care and elder care, as well as in construction trades, are obvious and overdue steps, she says.

Other economists, including Prof. Skuterud and Mr. Tal, say Ottawa will need to keep a close eye on the level of income support payments, given that less educated and lower-paid workers account for the bulk of lost employment. Maintaining benefits at current levels, as the federal NDP is advocating, would create disincentives for those workers to find new jobs, Prof. Skuterud said.

Ottawa should instead focus on providing job-search assistance that will match the unemployed to job vacancies, particularly since the pandemic has disrupted the employment market, erasing some types of jobs while creating opportunities elsewhere. Otherwise, there’s a risk that there will be both a large cadre of unemployed, less educated workers and a raft of unfilled jobs. “That’s a disaster,” Prof. Skuterud says. 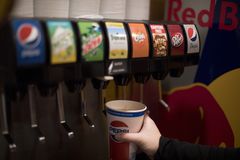 How New Brunswick is charting a course for conservative carbon pricing
Subscriber content
May 21, 2021 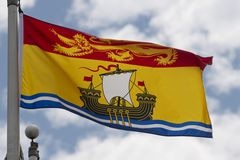