One of Canada’s most heavily financed artificial intelligence startups, Element AI Inc., has hired its first chief financial officer and chief revenue officer as part of a restructuring effort that has also seen it lay off 15 per cent of staff.

The moves come as the Montreal startup attempts to meet lofty expectations it set after raising US$102-million in 2017 from global investors and US$151.4-million last year from a group led by the Caisse de dépot et placement du Québec, the Quebec government and consultancy McKinsey & Co.

With deep learning pioneer Yoshua Bengio as a co-founder, Element heralded itself as the champion of Montreal’s flourishing AI sector from its 2016 founding, promising to bring AI-powered operational improvements to a range of industries. It rapidly expanded its ranks to 500 people, outgrowing the definition of “small business,” meaning it qualified for lower research and development tax credits than those with 499 or fewer.

The company acknowledged it had a high “burn rate,” spending not only on normal startup perks like free lunches and a kombucha bar for staff, but also hiring dozens of basic researchers, a luxury most early-stage companies can’t afford.

Element’s aggressive recruitment following its 2017 financing raised the ire of other local AI companies, which complained at the time it was draining the market of talent without proving it had substantial commercial interest in its offerings. Element chief executive officer and co-founder Jean-François Gagné admitted last September it had taken the company longer than expected to “operationalize AI” by taking its proofs-of-concept out of the lab and selling them more broadly, resulting in lower-than-expected revenue.

But with investors now watching its costs, Element began slimming itself last year, and with last month’s cuts is now down to 350 employees, Mr. Gagné said. It has also hired its first chief financial officer, Roger Blanchette, and chief revenue officer, Stephan Rioux. Both are Quebeckers who have spent much of their career in the United States; Mr. Blanchette was previously chief financial officer of content marketing firm Skyword, Inc., while Mr. Rioux was global CRO for video player company JW Player and previously a sales vice-president with Adobe Inc.

Mr. Gagné added the private company has hit "every single one of our targets [and has been] executing very sharply,” since last summer, although he declined to provide details. But he said the pandemic’s onset had delayed some contracts.

“I’m not going to complain, some companies have seen their market literally disappear overnight, which is not the case for us,” he said. “We know as organizations look to get back to work, being productive and investing in the kind of technology we can provide will be an area of interest.”

Element is still deriving half its revenue from lower-margin services and the rest from its software products, well below what Mr. Gagné has pledged to derive from product sales. The CEO blamed the low figure on the fact the corporate market for AI-based services is still in its early days, with large customers still requiring consulting work to help them get up to speed.

He acknowledged that without Element’s partnership with McKinsey, which is providing connections to its customers, “this year would be much harder for us.”

Element, which has 100-plus customers including Japanese auto company Aisin Seiki Co. Ltd., has also experienced setbacks on some high-profile contracts it signed last year. Mr. Gagné said his company, which had been developing AI-powered software for the insurance industry with Cambridge, Ont.-based Gore Mutual Insurance Co., had “paused the deployment” after the client shifted its internal strategic direction.

Element has also been working with financial services giant HSBC to develop AI-based products, but Mr. Gagné said “there has been a bit of a slowdown on their side since January,” and that none of the projects had advanced to proof-of-concept stage yet. 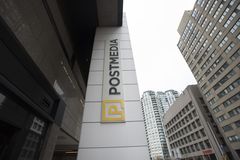 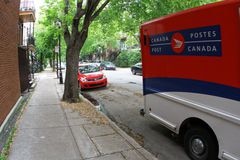 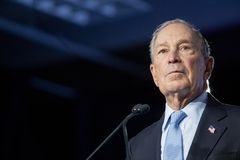