Elon Musk’s satellite internet venture Starlink has outlined its plans to offer voice service in a filing with the U.S. telecom regulator, and Canadian industry watchers say the company is likely to follow a similar path north of the border as it expands its rural broadband service.

In a filing submitted to the U.S. Federal Communications Commission earlier this month, Starlink Services said it plans to offer telephone service using Voice over Internet protocol, or VoIP, technology by partnering with an existing voice platform, known as a white-label managed service provider, or MSP. “Starlink Services would provide telephone services connecting consumers to its MSP’s platform using its network capacity,” the company wrote. VoIP is a cheaper alternative to traditional telephone service, but relies on a user’s internet connection.

SpaceX, Starlink’s parent company, did not respond to multiple requests for comment whether it plans to offer voice service in Canada. The company launched its broadband service, dubbed the Better Than Nothing Beta, in Canada last fall and charges $129 a month for the service, plus $649 before tax to buy the dish and other equipment.

There’s nothing stopping Starlink from offering VoIP services to its Canadian customers, telecom lawyer Christian Tacit says. The company has all of the regulatory approvals it needs, including a Basic International Telecommunications Services licence from Canada’s telecom regulator that allows the provider to carry voice traffic between Canada and any other country.

Earlier satellite constellations, such as the system launched by Iridium Communications Inc. in the late 1990s, were built as voice platforms that had to be augmented to carry data. The Starlink constellation was built for data traffic, which makes it easy for the system to offer VoIP service, Mr. Bishay said: “It would almost be dumb not to do it.”

Starlink’s growing popularity could change the competitive dynamics of Canada’s telecommunications industry, according to some analysts. The company is beginning to capture market share in rural areas, where customers typically pay more for slower, less reliable internet connections.

So far, Starlink has more than 1,000 of its planned 12,000 satellites in orbit, and demand for the service is “strong and widespread,” the company said in the FCC filing. More than 10,000 customers in Canada and the United States have already signed up, and hundreds of thousands of others have expressed interest in the service when it becomes available in their areas – “even without any formal advertising,” the company wrote.

Earlier this month, when asked about growing competition from LEO constellations, BCE Inc.’s chief executive Mirko Bibic highlighted Bell’s competitive advantages. The company is rapidly expanding its wireless home internet service and is already halfway to its goal of one million households, giving it “the early lead in terms of product availability,” Mr. Bibic said. It provides “very fast speeds” and technicians to install the service and troubleshoot it.

“If there’s a problem, there’s somebody to call and we’ll come and fix it. That’s not the case with some of the early versions of LEO that we’ve seen out in the marketplace,” Mr. Bibic told analysts during a conference call to discuss the company’s fourth-quarter results.

“I feel really good about the competitive positioning of that product, and it’s only going to get better as we get more 3.5 gigahertz spectrum and are able to transform that service into 5G,” Mr. Bibic said, referring to the June auction of airwaves used to transmit wireless service.

Canadian telecom carriers are also likely to benefit from the arrival of Telesat, an Ottawa-based satellite company that’s building its own LEO constellation. Rather than serving consumers directly, Telesat will provide what’s known as backhaul connectivity to telecom carriers, who will then be able to transmit the signal to their customers through ground-based networks.

“We’re going to be kind of partnering more with these mobile network operators than competing with them,” Telesat CEO Dan Goldberg said in an interview earlier this month, when the company announced it had chosen French-Italian aerospace manufacturer Thales Alenia Space to build its constellation, dubbed Lightspeed.

Mr. Goldberg said Telesat’s service will be considerably cheaper than Starlink’s. However, Telesat won’t be operational in Northern Canada until the end of 2023.

Bitcoin soars toward $50K as Tesla takes it mainstream
February 9, 2021 Wall Street’s most reviled investors worry about their fate
February 8, 2021 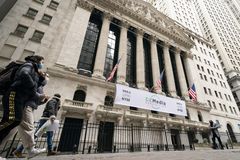