The state’s five-member Public Utilities Commission (PUC) voted unanimously to approve the $9-billion project with conditions, dismissing concerns raised by Minnesota’s Commerce Department and others that Enbridge had failed to show the expansion is needed.

A narrow 3-2 decision approved Enbridge’s preferred route for the pipeline, south of the existing corridor, with only slight modifications, meaning the company dodges the potential for lengthy delays and added costs of alternatives.

Enbridge shares rose about 6 per cent in midday trading Friday on the Toronto stock exchange.

Indigenous tribes and environmental groups vowed immediately to appeal the decision and maintain their resistance to the project.

Bands had uniformly backed a more southerly route for the pipeline.

In a sign of potential clashes ahead, the commission was interrupted midway through Thursday’s deliberations in St. Paul, Minn., by shouts that it had “declared war on the Ojibwe.”

“This is an act of aggression by the Minnesota government and we will do what we need to legally protect our land,” Winona Laduke, an Ojibwe from the White Earth reservation and executive director of Honor the Earth, said in a statement on Thursday.

Still, the approval inches Line 3 closer to fruition and is a salve for Alberta‘s ailing oil patch. Enbridge shares finished Thursday’s session on the Toronto Stock Exchange at $43.90, up 3.7 per cent.

The energy industry has been plagued for much of the year by steep price discounts as rising oil-sands production outpaces pipeline capacity and new projects get tripped up by environmental and political opposition.

Line 3, one of six Enbridge pipelines that deliver crude from Alberta’s oil sands as far as Superior, Wis., has suffered numerous leaks of the years and currently flows at a little more than half its design capacity.

Enbridge says replacing the 1960s-era line would restore capacity to 760,000 barrels per day and help ease shipping constraints that have harmed Minnesota refiners and dented investor confidence in the oil sands.

Federal Natural Resources Minister Jim Carr on Thursday called the PUC decision “very important” for getting Canadian resources to market. “We have been supportive of this pipeline; it has all the necessary approvals north of the border,” Mr. Carr said.

“There will be lots of economic development associated with it and will also be very important to relieving some to the pressure on the system.”

For Enbridge, the PUC decision is the final regulatory hurdle for Line 3 and marks the best possible outcome after four years of deliberations. The company had no immediate comment on Thursday.

Line 3, the most expensive project the company has ever built, is a crucial piece of chief executive officer Al Monaco’s $22-billion growth plan and seen as key to reducing the company’s hefty debt.

Throughout hearings, Enbridge had favoured a pipeline route that jogs south of the current right of way, but an administrative judge had recommended the company replace Line 3 on its existing path through the state.

The Leech Lake and Fond du Lac bands had panned that option as well as Enbridge’s preferred route, fearing impacts on waterways and traditional rights to harvest wild rice in the event of an oil spill.

The company had argued its route was selected to avoid sensitive areas, and that replacing the line on the existing right of way would necessitate a lengthy shutdown and add to the project’s already hefty price tag.

“It makes it another version of terrible,” Sara Van Norman, a lawyer for the Fond du Lac band, told the commission on Thursday.

The band vowed to appeal.

In another sign of legal wrangling, the Sierra Club and Indigenous bands had filed a last-minute objection to new evidence from Enbridge.

The company pledged to remove segments of the old pipeline should landowners request it, a change from initial plans to leave it in the ground.

In a legal brief, they said Enbridge had made the commitments in a bid to sweeten its application at the 11th hour, and the commission should ignore them or postpone its decision pending further review.

Enbridge has previously pegged the cost of removing the old Line 3 at US$1.28-billion. 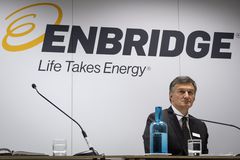 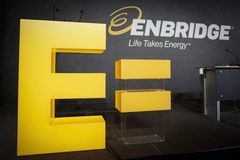 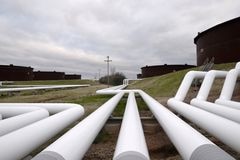