Canadian oil and gas producer Encana Corp. is asking a U.S. energy regulator to throw out a proposed surcharge on a new Texas pipeline meant to recoup increased construction costs the pipe’s owner says have ballooned because of U.S. steel tariffs.

Encana along with ConocoPhillips Co., companies that both harvest shale oil from the Permian Basin that stretches across western Texas and southeastern New Mexico, filed a challenge Monday about the proposed 5-US-cent-a-barrel fee on the Cactus II pipeline.

They argue the pipeline that transports 670,000 barrels a day of crude oil to refineries on the Texas Gulf Coast failed to demonstrate the fee is “just and reasonable."

That’s because Plains All American, the pipeline’s owner, has applied to the U.S. Department of Commerce for the third time to waive the 25-per-cent tariffs it paid on imported steel from Greece. The oil producers believe Plains should wait to see if it’s exempt from the tariffs before getting a surcharge approved.

Plains estimates the steel and aluminum tariffs brought in last year by U.S. President Donald Trump’s administration added US$40-million in construction costs to the US$1.1-billion pipeline. Plains commissioned the steel from Greece months before Mr. Trump implemented the tariffs, but didn’t receive its first shipment until last summer – after the tariffs came into effect.

Plains chief executive officer and director Willie Chiang has argued the tariffs are unfair because the company couldn’t find a domestic steel producer able to manufacture pipe to the specifications it needed.

Its first two waiver requests were denied, but if Plains wins an exemption on its third request, the company would “stop the surcharge and rebate it as appropriate,” Mr. Chiang told investors on an Aug. 6 earnings call.

But Encana and ConocoPhillips are concerned that won’t happen because Cactus II didn’t put Mr. Chiang’s promise in writing in its application for the surcharge to the U.S. Federal Energy Regulatory Commission (FERC).

The fee could bring in US$33,500 a day for Plains if Cactus II ships at capacity. At that rate, Plains would make back the additional construction costs in a little more than three years.

The steel and aluminum tariffs were meant to protect U.S.-based producers, but this case suggests the tariffs could also be affecting domestic energy producers and transporters. It’s a clash of the Trump administration’s goals of energy dominance and free trade, according to James Coleman, an energy law professor at the Southern Methodist University of Texas.

While a 5-US-cent-a-barrel surcharge doesn’t seem like much, especially in a market where the price of a barrel of oil can swing by more than that in a day, it’s an added fee producers will want to keep out, Mr. Coleman said.

“Transport costs really are the whole game, increasingly, in energy because cost of producing has fallen so far.”

If FERC approves the Cactus II surcharge, it could set a precedent that would allow two other pipelines constructed after the new steel tariffs were implemented to add their own fees to recoup costs. FERC is expected to make a decision by the end of the month.

Neither Encana nor ConocoPhillips responded to a request for comment. 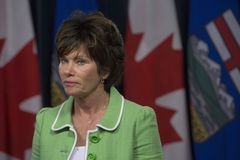 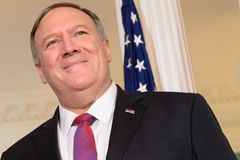 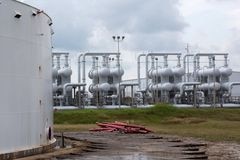