Bombardier Inc. has struck a deal to sell its money-losing regional jet program to Mitsubishi Heavy Industries Ltd. in a major industry shift that will see the Canadian company pull out of commercial plane making after a three-decade run and fuel Japan’s rising aviation ambitions.

Mitsubishi will pay US$550-million in cash and assume liabilities worth about US$200-million for Bombardier’s Canadair Regional Jet (CRJ) program, the companies said in a joint statement on Tuesday. The Japanese company will take over all the maintenance, support, marketing and sales activities for the CRJ, but not its manufacturing operations, because production will end, the companies said.

Bombardier shares gained 2.7 per cent in afternoon trading in Toronto, to $2.25, as some analysts said the company fetched more for the business than they expected. The two companies confirmed earlier this month they were in talks.

“This marks an important step in our transition,” Bombardier chief executive Alain Bellemare told reporters on Tuesday in Mirabel, Que. “It’s time to turn the page on the CRJ program.”

Mr. Bellemare is setting a new course in which the company will focus on private jets and rail equipment as part of a five-year turnaround effort that started in late 2015. Those business lines are more profitable and offer more growth prospects as the number of billionaires increases globally and cities seek more rail transit solutions for congestion, Bombardier executives have said.

Pushed to the financial brink by the cash-sucking development of its C Series airliner, Bombardier is exiting commercial aviation. It has already sold its propeller-plane business to Viking Air Ltd. and handed control of the C Series to Airbus SE. Its next transaction will likely be the sale of aircraft component manufacturing factories in Morocco and Northern Ireland, AltaCorp Capital analyst Chris Murray said. Bombardier said last month it would seek buyers for the plants.

The CRJ family is Bombardier’s last remaining line of commercial airplanes. Divesting the business ends 33 years of commercial aerospace history that began when the company bought Canadair from the Canadian government in 1986 for $120-million.

The sale brings Bombardier almost full circle. The company, founded as a snowmobile maker, launched into aerospace with Canadair’s Challenger private jets and is now retreating to private aircraft after an ambitious, taxpayer-aided expansion into turboprops and other commercial planes under former CEO Laurent Beaudoin.

“They’re coming back to that after everything that Beaudoin built,” said Isabelle Dostaler, an aviation specialist at Memorial University. “It’s pretty upsetting.”

Celebrated as the planes that launched Canada into commercial aircraft manufacturing in the 1990s, the CRJ program has been largely neglected in recent years as Bombardier concentrated on bringing the C Series airliner to market. The plane maker has won firm orders for more than 1,900 CRJ aircraft over the life of the program, but sales have slowed and the company now loses money on each unit it builds.

The CRJs are small and narrow regional jets seating 50 to 104 passengers with a maximum range of about 3,000 kilometres. The C Series planes, rebranded as the Airbus A220, are larger, can fly twice that distance and are for the 100- to 150-seat market.

Under the transaction announced on Tuesday, Bombardier will transfer to Mitsubishi its interest in a financing program to help lease planes to customers, valued at about $180-million. Bombardier will retain liabilities worth about US$400-million, including part of the residual-value guarantees on the planes – which are basically mechanisms that facilitate sales. The net gain to Bombardier will be about US$170-million, Cowen analyst Cai von Rumohr said.

“We see the transaction as positive as it generates a return better than we had anticipated and ends the company’s exposure in a program which we believe was a drag on earnings,” Altacorp’s Mr. Murray said.

The deal lets Mitsubishi pull key pieces from the proven-but-aging CRJ program, such as a customer-support network and experienced engineers, to support its own nascent aerospace effort. Tokyo-based Mitsubishi is developing the first Japanese-built plane since the 1960s, a line of regional airliners to be known as SpaceJet.

Bombardier said it will build 42 remaining CRJs on order for Mitsubishi at the assembly site just outside Montreal, which leases space from Airbus. Bombardier will also supply spare parts for the aircraft, which is expected to cease production by the end of 2020.

Some 1,600 employees work on the CRJ program in Canada and abroad, in manufacturing and non-manufacturing positions. About 1,200 of those people will keep their jobs under Mitsubishi, and efforts will be made to find work for the other 400, whose employment is tied to production of the planes at Mirabel, Bombardier said.

“There is a significant need for these people” in the industry, Mr. Bellemare said, adding the company has 18 months to help the 400 workers find new jobs. Workers could move to Bombardier’s business jet programs or to Airbus to work on the A220, he said.

A legal battle over trades secrets between Bombardier and Mitsubishi will end when the sale is finalized, a spokesman for the Japanese company said in an interview. 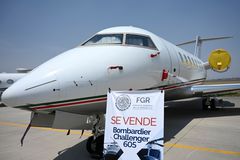 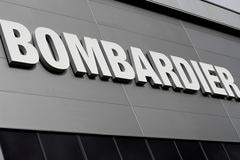 Opinion
Bombardier’s sale of CRJ program would be a sad ending to a Canadian success story Subscriber content
June 12, 2019 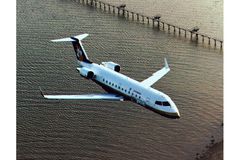