A collection of entertainment executives, including the owner of the Vancouver Canucks, are combining forces to build North America’s largest e-sports platform, Enthusiast Gaming Holdings Inc. And the Trump and Biden presidential campaigns are taking notice of Toronto-based Enthusiast’s growing audience of gamers.

Toronto Stock Exchange-listed Enthusiast will be home to more than 100 online sites and 1,000 YouTube channels if the deal closes as scheduled this fall – destinations for millions of gamers who want to watch and discuss their favourite COVID-19 pandemic-passing pastimes: games such as Call of Duty and Overwatch. The company also fields seven professional e-sports teams, including a top-ranked Overwatch team, the Vancouver Titans, and runs live gaming tournaments.

Combining forces with Los Angeles-based Omnia is expected to create a platform that reaches 300 million gamers every month, and attracts 4.2 billion monthly clicks. Enthusiast makes most of its money by selling advertising to entities that want to get in front of that audience. The two businesses had combined sales last year of $110-million.

Over the next few months, those advertisers are expected to include the U.S. Republican and Democratic presidential campaigns, as gaming provides a young audience that traditional media and established social networks such as Facebook cannot reach, according to Mr. Montgomery, Enthusiast’s CEO.

In an interview, he said half of Enthusiast and Omnia’s followers don’t use Facebook, preferring to put together their own online networks around gaming. Approximately 70 per cent of Enthusiast’s audience is male, and the company says 65 per cent of its followers spend 15 hours a week or more engaged in e-sports.

For backers who made their fortunes in old-school entertainment – Mr. Aquilini’s hockey team makes money selling tickets and broadcast rights, Mr. MacMillan used to run specialty TV channels and produce hit shows such as CSI – a gaming platform represents a new way of doing business. For example, after acquiring Omnia, Enthusiast will be home to more than 500 social-media influencers, experts on gaming who are followed by more than 500 million subscribers.

Mr. Montgomery said influencer marketing is fastest growing channel when it comes to reaching an audience of three billion “Gen Zs and millennials” around the world, with YouTube the dominant platform for reaching these consumers.

“The addition of Omnia Media positions Enthusiast Gaming as the largest gaming media platform in North America, with more touchpoints to connect gamers to unique content experiences than any other gaming company,” he said.

E-sports companies have been strong stock market performers this year, with a surge in investor interest during the novel coronavirus pandemic boosting the 40-company Solactive Video Games & Esports Index by 58 per cent, year to date. That global index includes established game makers such as Nintendo and Electronic Arts, and newer players such as Twitch, a gaming platform acquired by Amazon.com Inc. in 2014 for US$970-million.

Enthusiast is a rarity: one of the few publicly listed Canadian e-sports companies. That’s what caught Mr. McMillan’s attention.

Blue Ant acquired Omnia in 2011, but the parent company is mainly focused on producing content for broadcasters in sectors such as natural history and animation. Blue Ant’s gaming division struck an advertising partnership with Enthusiast last year, a relationship that led last week’s merger. In a news release, Mr. MacMillan said combining forces “will solidify Omnia’s bright future with the scale and access Enthusiast provides as a publicly traded company.” 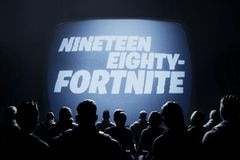 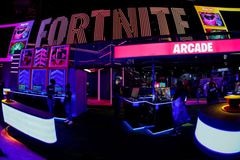