Euro zone business growth has been much weaker than expected in November as a slowing global economy and a United States-led trade war have led to a sharp fall in exports, a survey showed on Friday.

The disappointing readings will likely be of concern to policy-makers at the European Central Bank who are expected to end their ///// EURO SYMBOL ///// 2.6-trillion asset purchase program next month.

In Germany, Europe’s largest economy, business growth has slowed to a near-four-year low this month, a survey showed earlier, sending the euro down to a day’s low of US$1.1365.

France’s private sector also struggled to keep up momentum in November as manufacturing activity softened in the face of falling new orders, a sister survey showed.

IHS Markit’s Flash Composite Purchasing Managers’ Index (PMI) for the euro zone fell to 52.4, its lowest since late 2014, from a final October reading of 53.1, missing the median expectation in a Reuters poll for a modest dip to 53.0.

Anything above 50 in the survey, which is regarded as a good guide to economic health, indicates growth.

The PMI survey results counter a Reuters poll last week which suggested euro zone growth will bounce back to a faster pace this quarter, allowing the European Central Bank to stop buying bonds next month as planned.

Growth was pegged at 0.4 per cent in that poll, but IHS Markit said the PMI pointed to a weaker 0.3 per cent rate and could fall to 0.2 per cent, depending on how December pans out.

“November’s fall in the composite PMI raises doubts about whether the economy will rebound after a weak Q3. There’s no wonder the news has been taken badly by the market,” said Jack Allen at Capital Economics.

“The big picture though is that the PMIs are unlikely to be weak enough to change the ECB’s plans to end its asset purchases next month.”

However, weak data has been fuelling speculation that some ECB policy makers may be feeling uncomfortable about ending the buying program, particularly given inflation has not taken off.

While none of the economists polled by Reuters expect the program to be extended into next year, interest rates are not forecast to be raised until after June.

On Friday, investors further scaled back expectations for a rise in euro zone interest rates next year.

They are now pricing in a less-than-90-per-cent chance of a 10 basis-point increase in the ECB’s deposit rate – the minimum it is likely to increase – from minus 0.4 per cent currently for next year. They had fully priced in such a move at the start of the week.

Many developed economies are already slowing, while that of the euro zone grew at its weakest pace in more than four years last quarter, expanding a meagre 0.2 per cent.

“Growth in new orders remains slow, indicating that the cruising speed of the euro zone economy has weakened. This was mainly because of weakening export orders, which has happened across both industry and services,” said Bert Colijn at ING.

Weaker exports were the primary driver behind Germany’s first quarterly economic contraction since 2015, data showed on Friday, confirming a preliminary negative reading of 0.2 per cent in the third quarter.

An index measuring new export business across the euro zone, which includes trade within member countries, fell from October’s 49.2 to 48.9, the lowest since IHS Markit started collecting the data in September 2014.

With no sign of an end to the trade war between the United States and China in sight – something already hitting export-sensitive economies like Germany – optimism took a hit. The business expectations index fell to its lowest in almost four years.

Manufacturers saw growth slow this month, with their PMI falling to 51.5 from 52.0, a level not seen since mid-2016. An index measuring output, which feeds into the composite PMI, slipped dangerously close to the break-even mark at 50.4, down from 51.3. It hasn’t been below 50 since June 2013.

That slowing growth came as factories ran down orders at the fastest rate in almost four years. The backlogs of work index fell to 48.4 from 49.0. 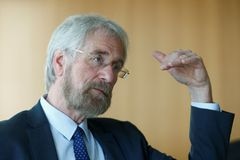 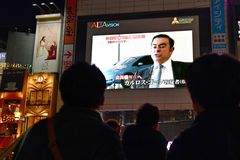 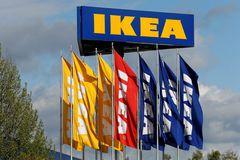