Sidewalk Labs’ plan to share 10 per cent of profits from some of the technology created in its proposed Toronto waterfront development with governments is not nearly enough to compensate Canadians fairly for using their backyard as a testing ground, intellectual property experts say.

In the 20 months since the Google sister company won the right to plan a “smart city” on a 12-acre parcel of Toronto’s eastern lakeshore, Canadian innovators and intellectual-property advocates have raised concerns about how the deal would benefit local citizens, governments and companies.

On Monday, Sidewalk responded to those concerns as part of a draft master plan for Toronto’s Port Lands that also asked for the right to help plan and implement technology in a 190-acre community, ​prompting criticisms about the increased scope, including from its project partner Waterfront Toronto. The New York-based development company says it will share 10 per cent of the profit from some technologies developed, tested or piloted there with governments for a 10-year period, with further terms to be negotiated.

But these new provisions did little to quell experts’ criticisms. ​

“They should be getting a 10-per-cent commission on things that they are able to sell and we should be getting the 90 per cent,” said Jim Hinton, a patent lawyer and principal at Own Innovation IP strategy firm in Waterloo, Ont.

Sheema Khan, an Ottawa-based patent agent with Stratford Managers Corp., called the rate “unfair”: “Without the city’s support, my understanding is that Sidewalk Labs would not be able to fully perfect its technology.”

Commercializing and licensing intellectual property, or IP, is a cornerstone of wealth creation in today’s technology. Sidewalk’s proposed development on Toronto’s Port Lands could see cameras and sensors fill the neighbourhood to collect information on how people live and move about cities. The patterns revealed by this data, from pedestrian crossings to thermostats, could lead to countless new IP for both Sidewalk and other companies that work in the community – and, in turn, the potential for massive revenue.

The company’s chief executive officer Dan Doctoroff said in an interview this week that the 10-per-cent figure was fair given the risk the company would put into developing unprecedented technologies.

“We looked everywhere and couldn’t find a precedent for a private company giving the public sector a share of its profits for basically having the opportunity to test out applications in its geography,” Mr. Doctoroff said.

Sidewalk and Waterfront’s most recent agreement, released last July, said that either party could add value to IP in untraditional ways, including from Waterfront giving Sidewalk a place to pilot its tech. ​

Since that agreement, “we did not encounter situations where that seemed likely," Sidewalk spokesperson Keerthana Rang said. "However, we are also not precluding the possibility.”

In the draft master plan, Sidewalk instead suggests sharing profits from selling the technology. Myra Tawfik, a University of Windsor professor who focuses on IP commercialization, said that “This, to me, is clearly Sidewalk Labs saying, ‘We will own and control all of the intellectual property.’”

This is an important point, Ms. Tawfik continued, because a given piece of tech can consist of dozens, hundreds or thousands of patents that can be separately licensed for vast arrays of technologies – and that licensing income would not necessarily flow through to Canadians.

Not all technology that would be developed at Sidewalk’s proposed site would be subject to profit-sharing. The plan says a “limited set of innovations” may or may not give governments a cut, depending on how they are used and if they are required to achieve Waterfront Toronto’s goals for the site but do not already exist in the marketplace. As examples, Sidewalk lists some proprietary technologies it’s already worked on, including building energy-use monitoring systems and standardized connection plugs for devices such as traffic cameras to connect.

Mr. Hinton says such a distinction between technologies “gives them an out” to exclude Canadians from enjoying more of the profits.

The draft master plan also includes a “patent pledge” that says the company would not make infringement claims against companies who use some of its Canadian-registered patents connected to the Toronto project, in order to encourage innovation.

“We believe that this place requires the participation from a broad array of parties, including Canadian innovators, we wanted to contribute something that would create the conditions to alleviate some of those concerns,” Alyssa Harvey Dawson, Sidewalk’s head of privacy and data governance, said in an e-mail.

The pledge worried experts, however, because it only applies to Canadian patents. Each of the IP lawyers who spoke to The Globe and Mail said that many Canadian startups operate in far more jurisdictions, limiting the pledge’s benefits.

“If the idea is to make sure that Canadian companies and Canadian entrepreneurs can benefit from the innovation happening in our midst, it’s very difficult to actually have a viable technology if you’re going to limit yourself to Canada alone,” said Anthony de Fazekas, an IP lawyer who heads up Norton Rose Fulbright’s Canadian innovation division.

The pledge also contains a condition that says that innovators “taking advantage of the pledge not assert their Canadian patents against Sidewalk Labs or its affiliates.”

As a result, innovation-focused lawyer Jason Hynes said that the pledge “is only good if Canadian innovators effectively waive their rights against Sidewalk Labs.” The partner with Bereskin & Parr LLP in Kitchener, Ont. continued: “They’re doing this out of their own interests."

The cracks in Sidewalk Labs’ latest plans for Toronto
June 25, 2019 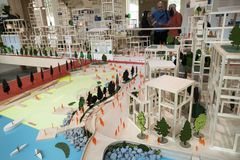 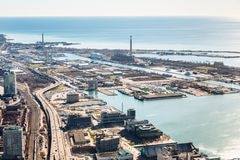