Canada’s export bank, facing accusations of excessive secrecy in its dealings with clients, is promising to open up its books to greater scrutiny.

Export Development Canada, a federal agency that has provided billions of dollars in financing for the overseas deals of Canadian companies such as Bombardier Inc. and SNC-Lavalin Group Inc., announced a new policy on Tuesday that places a greater emphasis on transparency.

It promises, for the first time, to make an annual disclosure of how many transactions or clients it has rejected because of concerns about corruption, financial crimes, human-rights problems or environmental issues.

EDC has traditionally operated with a veil of secrecy over its transactions, citing the need to protect the commercial confidentiality of its customers. It doesn’t disclose the specific value of its loans, only a range of possible values.

Last year, EDC admitted it had made an error by lending US$41-million to South Africa’s Gupta brothers, the business family at the heart of the corruption scandal that led to the resignation of then-president Jacob Zuma. The loan helped the Guptas buy a Bombardier jet, which EDC later acknowledged could have been used for illegal activities.

The Globe and Mail revealed the agency’s loan to the Guptas in 2017 after seeing leaked e-mails, but EDC refused to give any details on the transaction at the time, citing “client confidentiality.”

Under the new policy, EDC can still use the same client protection rules to maintain secrecy over its transactions. But it says it will release its first disclosure on rejected transactions or clients by the end of this year or early next year.

It also promises to be somewhat more specific on the value of each loan or other transaction, although it still won’t give the exact dollar amount. It will continue to give only a range of possible amounts for each deal, but the range will be tightened.

In addition, EDC says it will be “more transparent and open” in its responses to questions from the media and others. “We will provide more detail when explaining our processes and the decisions we have made,” it said in a statement on Tuesday.

“Our goal is to align with the times and with Canadian values, helping us evolve into a more open organization,” EDC senior vice-president Todd Winterhalt said in the statement on Tuesday.

“We recognize that transparency is integral to our business, to facilitating accountability and oversight, and to building trust with Canadians and our stakeholders,“ he said.

Jessica Draker, an EDC spokesperson, said the agency decided to update its policy after a public consultation process. “We recognize that we could do more to be more open, clear and responsive to the needs of Canadians and our stakeholders,” she told The Globe on Tuesday.

A close look at the agency’s new “Transparency and disclosure policy,” however, shows that EDC can still keep information secret in a lengthy list of circumstances.

The 16-page policy emphasizes that EDC is still legally required to protect “confidential information entrusted to EDC by its customers and other parties.” It says the agency “will not disclose information obtained in relation to its customers without the consent of the customer or in accordance with the statutory circumstances where such disclosure can occur.”

The policy contains a 450-word summary of 10 separate situations in which EDC information can be kept secret, ranging from “national security” and “the economic interests of Canada” to the “proprietary information” of consultants and the sensitivities of “capital or financial markets.”

It says the agency can refuse to disclose the internal deliberations of EDC and its board of directors, along with all of its project appraisals and credit assessments.

The new EDC policy “draws attention to how Canadian law limits what the agency can disclose,” said Karen Hamilton, program officer at Above Ground, an independent Ottawa-based organization that studies the human-rights impact of multinational businesses.

The federal government has a responsibility to ensure that EDC is accountable to the public for whether it avoids harmful or illegal business activity, she told The Globe on Tuesday.

“Reversing EDC’s long-standing pattern of facilitating harmful business will require more than a better disclosure policy. It will require changes to the law.”

Into the great unknown: Bombardier bets on billionaires, corporations as it shrinks to only make one product – private jets
Subscriber content
February 21, 2020 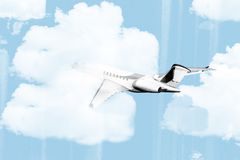 You and your plump debts are endangering Canada’s economy. Yes, you
Subscriber content
February 4, 2020