Facebook has banned several Canadian far-right commentators and extremist groups for promoting organized hate, a move that comes as legislators in Canada and Europe look at tightening regulations on social-media platforms.

Six months ahead of the federal election, the social media giant said on Monday it had banned several users for supporting white nationalism, including Faith Goldy, a former Toronto mayoral candidate who was fired in 2017 from Rebel Media after appearing on a podcast affiliated with a neo-Nazi website.

Earlier in the day, Democratic Institutions Minister Karina Gould warned that social media companies are not doing enough to protect Canadian democracy ahead of October’s federal election and could face new regulations. “I think there is a conversation we’ve been having with social media platforms to say this is something you could do on your own, but in the absence of you doing it on your own, then we need to look at other mechanisms,” she told reporters.

British lawmakers introduced new proposals on Monday to set up a social media watchdog that could fine executives and ban companies, while a European Union parliamentary committee approved a measure that would give web companies an hour to remove terrorism-related material or face steep fines.

In Canada, Facebook said it had banned the accounts for violating its policies against dangerous individuals and groups, which includes people who have been convicted of a hate crime, advocated violence toward identifiable groups such as visible or religious minorities, or organized an event with known hate groups.

The social media firm wouldn’t specify what triggered the ban or what rules were broken, saying the company “didn’t want to give people ways to game the system.” However, it said the accounts had been under review for some time in consultation with a Canadian expert on far-right groups.

Those banned did not receive warning from Facebook, and the company said they cannot appeal the decision. “Individuals and organizations who spread hate, attack, or call for the exclusion of others on the basis of who they are have no place [in] our services,” the social media firm said in a statement.

Defence Minister Harjit Sajjan tweeted: “Facebook’s decision to ban white nationalist groups, and those who support them, is a good step in cracking down on extremism online, but there is more to be done.”

Immigration Minister Ahmed Hussen told a news conference the government is glad Facebook took action. “We’ve seen hate speech fuel the attack against Pittsburgh, at the synagogue, we’ve seen more recently in Christchurch, worshipers gunned down," he said. "This is real and it has consequences.”

Ms. Gould pointed to the new British proposal that would give lawmakers broad new powers to regulate the internet to stop hate speech and extremist content. The proposal, contained in a white paper supported by Prime Minister Theresa May, called for a regulator who could issue fines, shut down websites and make executives of social media firms personally liable for dangerous content on their platforms.

“We are having active conversations with our partners and allies around the world as to what this would look like in the Canadian context,” she said.

Others banned by Facebook on Monday include white nationalist Kevin Goudreau of Peterborough, Ont., the Canadian Nationalist Front, Aryan Strikeforce, Wolves of Odin and Soldiers of Odin (also known as Canadian Infidels).

Until last month, Facebook had made a distinction between white supremacy – which it said should be banned because it promoted the view that some races were superior to others – and white nationalism, which it considered ethnic pride and should be allowed because it was on the same level as Zionism in Israel or Basque separatism in Spain.

But weeks after a gunman killed 50 people in two mosques in Christchurch, New Zealand, and livestreamed the shootings on Facebook, the Silicon Valley firm said it would expand its hate speech policies to include white nationalism. Since the attacks, the company has become more aggressive about naming those it bans.

Facebook and Google are set to testify before a U.S. Congressional committee on Tuesday on their efforts to stop the spread of white nationalism and hate speech on the internet.

Canadian anti-hate groups cheered the move by Facebook and Instagram, which they say have become the most widely used platforms by white nationalists to spread their views and recruit followers.

“This is really a huge step,” said Bernie Farber, chairman of the Canadian Anti-Hate Network, a group that has been pressing social media companies to address the spread of white nationalist content.

Mr. Farber said he was surprised when Facebook appeared to respond to his group’s complaints about Ms. Goldy and others.

“The important thing now is that they have become a leader in fighting hate,” he said. “They’ve come on board. It’s now time for other internet service providers to do exactly the same thing and we call upon them to take Facebook’s lead.”

In an interview, Ms. Goldy accused Facebook of bowing to pressure from Mr. Farber’s organization and said she was looking at her options to respond, including a lawsuit against Facebook.

“I’ve committed no crime. I’m not part of any sort of hate group,” she said. “And to label a young woman who makes YouTube videos from her kitchen table – most of which just cite things like census data – a ‘dangerous individual’ is preposterous and laughable.”

Airbnb and PayPal had banned Ms. Goldy for public comments and social media posts expressing support for white nationalist ideas. However, she remained on Twitter on Monday with 120,000 followers. Ms. Goldy and Mr. Goudreau also have YouTube channels that appeared to be active.

Twitter declined to comment on Facebook’s actions or why the company had not blocked Ms. Goldy from its platform. “We don’t comment on future actions we may or may not take against certain users,” Twitter Canada spokesperson Cam Gordon said.

Last week, Twitter CEO Jack Dorsey said in a fireside chat with Margaret Atwood in Toronto that his company was focused on listening to its users. “Our work right now is figuring out and just listening to what Twitter wants to be … and to understand how, now that it is more of a conversational platform, how to encourage healthy conversation.”

YouTube declined to comment on individual accounts, but a spokesperson for Alphabet Inc.’s Google, which owns YouTube, said the company had taken steps to reduce the spread of videos that contained controversial religious or supremacist content, while trying to allow free speech.

Google pointed to a four-minute video Ms. Goldy posted on YouTube that compared white Europeans to endangered animals and warned of “population replacement” by non-white immigrants in the United States.

The video remained active on Monday, but was covered by a disclaimer warning that it was “inappropriate or offensive to some audiences.” YouTube also prevented people from commenting on or sharing the video, and blocked Ms. Goldy from making money from ads on it. 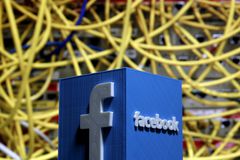 Facebook changes privacy settings on WhatsApp, allows users to control who can add them to chat groups
April 3, 2019 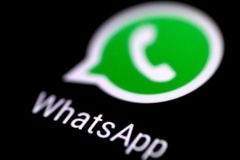 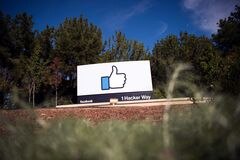