Facebook Inc. will begin charging sales tax next year to some Canadian businesses who buy advertising on the platform, as well as on its photo-sharing service Instagram.

The move, a global shift that will see Facebook report advertising revenue in each country where the spending occurs, was first announced last December. It comes amid criticism that the company does not pay enough tax in some of its largest markets.

“We believe that moving to a local selling structure will provide more transparency to governments and policy makers around the world who have called for greater visibility over the revenue associated with locally supported sales in their countries,” chief financial officer Dave Wehner wrote in a blog post last year.

However, when the change takes effect in Canada in mid-2019, it still will not apply to many of Facebook’s advertisers – including the small and medium-sized businesses that have flocked to the social-media giant in a bid to reach local customers at prices that are far cheaper than they could have secured for local print, radio or television ads in the past. That’s because the new reporting structure applies only to applicable sales taxes on ad buys where the advertiser or its agency has worked with a local sales team in Canada. Advertisers who use Facebook’s self-serve tools won’t be charged a sales tax by Facebook; instead, as is the current system, the onus is on those buyers to self-assess and remit those taxes to the Canada Revenue Agency (CRA).

That is the system that applies to many foreign digital services and it has been a point of contention in Canada – not just with online advertising, but with consumer services such as Netflix. These foreign-owned services are not required to collect the federal goods and services tax on their subscriptions; each Canadian is supposed to pay the tax themselves, filling out a form to submit to the CRA. (Almost no one does.) Canadian online services, by contrast, are required to collect GST. The Trudeau government has repeatedly stated it has no intention to impose more taxes on internet services. Quebec has passed legislation requiring such services to collect provincial sales taxes, effective in January.

The difference between a Netflix subscription and a digital-advertising purchase, however, is that businesses that buy ads can deduct those expenses. While estimates have suggested that actually enforcing the consumer tax on digital services could bring in millions in revenue each year, it’s not clear what impact such enforcement would have on sales taxes charged on ad buys.

It is also unlikely such a change would affect major advertisers' plans for advertising on Facebook. Since the announcement last year, the subject has not come up in any conversations with clients, said Matt Ramella, managing director of digital marketing agency Reprise Digital in Toronto.

“Ultimately, how much a marketer or agency invests with Facebook, or any media channel, is determined by the platform’s ability to drive performance and deliver business outcomes,” he said.

Digital ad spending reached $6.2-billion in Canada last year, or 47 per cent of the entire ad market. It was by far the largest category – the closest was TV, which drew about half that, according to media buying and planning firm GroupM’s annual "This Year Next Year” industry report.

Facebook and Google don’t break out their ad revenue country-by-country, but according to a report last year by the standing committee on Canadian Heritage, in 2015, Facebook accounted for nearly 17 per cent of Canada’s then-$4.6-billion online ad market and Google drew about 50 per cent of ad spending.

“Facebook pays all taxes required by Canadian law,” Facebook spokesperson Meg Sinclair said in an e-mail. “This move is a significant undertaking with different laws in each country, and our primary focus is making sure we get this right.” 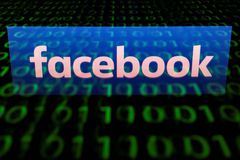