Group of Seven finance chiefs cast a cloud over prospects for Facebook’s Libra digital coin on Wednesday, insisting tough regulatory problems would have to be worked out first.

The massive social media company’s plan to launch a digital coin has met with a chorus from regulators, central bankers and governments saying it must respect anti-money-laundering rules and ensure the security of transactions and user data.

But there are also deeper concerns that the powers of big tech companies increasingly encroach on areas belonging to governments, like issuing currency.

“The overall mood around the table was clearly one of important concerns about the recent Libra announcements, and a shared view that action is needed urgently,” he added.

German Finance Minister Olaf Scholz said Facebook’s plans do not “seem to be fully thought through,” adding that there were also data security questions.

“I am convinced that we must act quickly and that (Libra) cannot go ahead without all legal and regulatory questions being resolved,” Scholz told journalists.

France, which chairs the Group of Seven advanced economies this year, has asked European Central Bank executive board member Benoit Coeure to set up a G7 task force to look into crypto-currencies and digital coins like the Libra.

Coeure presented a preliminary report to ministers and central bankers at the meeting, in the quaint chateau town of Chantilly, north of Paris.

Central bankers say that if Facebook wants to take deposits, it needs a banking licence, which would subject it to the strict regulation that goes with operating in that industry.

Some central bankers also say that allowing people to transact anonymously is a non-starter given financial sector regulations that require payments firms to hold basic information about their customers.

Bank of Japan Governor Haruhiko Kuroda said the G7 task force was likely to evolve over time into something including a broader range of regulators beyond the group, given the huge impact Libra could have on the global economy.

“If the Libra is aspiring to be used globally, countries must seek a globally co-ordinated response,” Kuroda said.

“This is not something that can be discussed among G7 central banks alone.”

G7 finance ministers are also concerned about how best to tax big tech companies, with France keen to use its presidency of the two-day meeting to get broad support for ensuring minimum corporate taxation.

G7 governments are concerned that decades-old international tax rules have been pushed to the limit by the emergence of companies like Facebook and Apple, which book profits in low-tax countries regardless of the source of the underlying income.

The issue has become more vexed than ever in recent days as Paris defied U.S. President Donald Trump last week by passing a tax on big digital firms’ revenues in France, despite a threat from Trump to launch a probe that could lead to trade tariffs.

Their bilateral dispute aside, France and the United States are in favour of rules ensuring minimum taxation as part of an effort among nearly 130 countries to overhaul international tax rules.

Although a G7 agreement would set the tone for the broader push, an agreement among all of the G7 ministers on a minimum rate or range of rates is likely to prove elusive as Britain and Canada have reservations, a French Finance Ministry source said.

“If we don’t agree at the G7 level on the broad principles for taxing digital companies today or tomorrow, then quite frankly it will be complicated to find among 129 countries at the OECD,” Le Maire said. 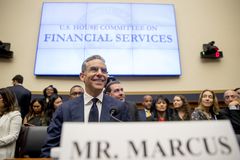 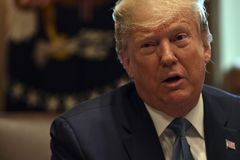 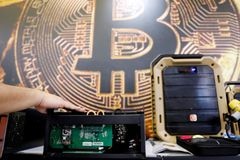