Canada’s 82 Toys “R” Us stores are set to remain open for business as Fairfax Financial Holdings Ltd. prepares to take control of the specialty retailer of toys and baby gear.

Toronto-based Fairfax made a $300-million bid to separate the Canadian subsidiary of Toys “R” Us Inc. from its struggling U.S. parent company last week. After no other qualified bidders emerged to challenge the insurance and investments company, the U.S. Bankruptcy Court for the Eastern District of Virginia is set to give its approval to the sale – a move that is expected to save the Canadian business from liquidation – at a hearing on Tuesday morning.

The new owner intends to put more capital into improving the retail experience, even as e-commerce becomes more popular among consumers.

“There’s so much more that can be done if Melanie [Teed-Murch], the CEO, is given the earnings generated in the business to spend on bringing the business into the modern retail era,” said Paul Rivett, president of Fairfax. “From a bricks-and-mortar perspective, think about young families with young kids and being able to make it more of a destination where the kids can be playing with Thomas the train, and the parents can be grabbing a coffee.”

Fairfax’s backing brings to an end months of uncertainty surrounding the fate of the Toys “R” Us business in Canada, where it is the second-largest toy retailer after Walmart, with a 29-per-cent market share. While online sales are becoming a larger part of Toys “R” Us Canada, 86 per cent of revenue came from physical stores in its last fiscal year, according to the company.

Toys “R” Us, which is based in Wayne, N.J., filed for bankruptcy protection in September after struggling with a hefty debt load left over from a US$6.6-billion privatization in 2005. After a restructuring effort failed, Toys “R” Us stores in the United States and Britain announced plans to liquidate their operations in March. Some business units in Canada, Asia and Central Europe were earmarked for sales, and other geographies continue to review their options.

The Canadian division, which made up about 7 per cent of Toys “R” Us global sales, has been profitable for a decade and independently runs its merchandising, planning and purchasing systems.

Fairfax had a variety of reasons for wanting to rescue the business. For one, it owns several other retail businesses including Cara Operations Ltd., Golf Town and Sporting Life Inc. and believes there are ways to combine their back office and purchasing operations to generate some savings.

Fairfax also didn’t perceive much financial risk to the transaction, given the assets and real estate the business has and the strength of the brand. Toys “R” Us Canada attributed a $220-million valuation to the 22 stores the company owns outright and has another $70-million in net working capital.

In addition to Fairfax’s Canadian acquisition, the central European business in Germany, Austria and Switzerland was sold over the weekend to Irish retailer Smyths Toys, pending court and regulatory approvals.

Mr. Rivett wouldn’t rule out the potential to work with other international buyers to create an e-commerce engine that could serve the U.S. market in the wake of the liquidation. “It is a global company, and it has just been fractured, so there might be a way to put Humpty Dumpty back together again, so to speak. We will see what can be done,” he said.

The shakeup at Toys “R” Us has caused uncertainty for toy makers and retailers. But Canada has shown stronger growth in the toy market through the year and during the last holiday season than the United States, according to Michelle Liem, director of toys at market researcher NPD Group. “We’re seeing a lot of success with specialty toy retail. That includes Toys “R” Us as well as Indigo and Mastermind. I think Canadian consumers really enjoy that experience.”

Ms. Liem said perhaps the biggest opportunity for Toy “R” Us is to find new ways to get consumers to spend more time in the stores and create a destination for families to go and have fun beyond just shopping. The brand also needs to remind Canadian consumers that they’re open for business, she said.

Mr. Rivett hopes his company can help with that.

“We believe that having Fairfax behind the Canadian business – if there was any lingering doubt around the name in Canada – will get vendors and Canadian families to see it is business as usual at Toys “R” Us in Canada.” 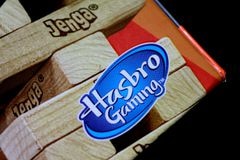 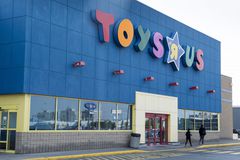 Toys ‘R’ Us turns down bid for stores from MGA Entertainment: source
April 17, 2018 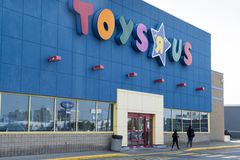